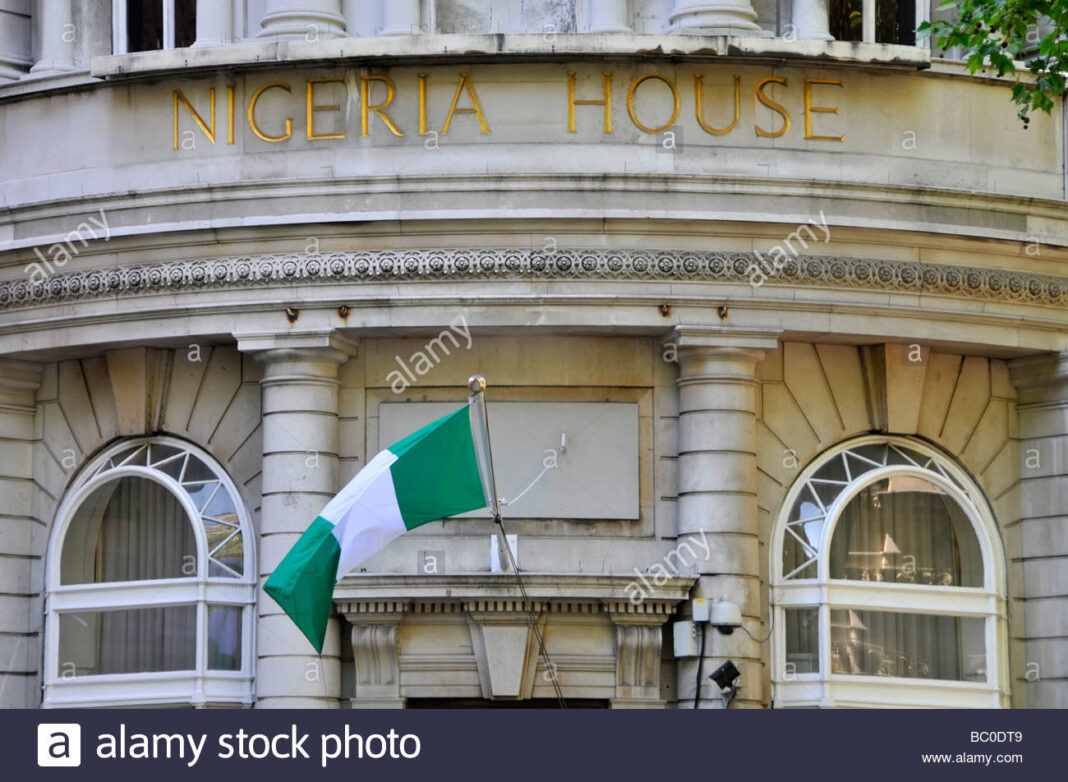 The Nigeria High Commission in London has announced the shutdown of its operations for 10 days due to the Covid-19 scare after two of its officials tested positive for COVID-19.

One of the officials reportedly tested positive for the virus shortly after returning from a meeting at the Home office and a test was conducted on him.

This prompted the Mission to embark on general testing of all officials after which another one also tested positive.

Announcing the decision to shut down operations, the Mission in a statement said the move is to check the spread by ensuring that those who were in contact with the affected persons observe the mandatory isolation.

It reads, “This afternoon the Head of Immigration Section and two other officials went for a meeting at the Home Office.

“At the entrance, Covid test was administered on them and one of them tested positive to Covid-19. The affected officer was immediately isolated while the other officials, who tested negative will also isolate for the next 10 days.

“In line with Covid-19 regulation and the need to adhere to the rules and regulation of the host country, the Mission will close down for the next 10 days, in order to observe the mandatory isolation of those who were in contact with the affected officials.

“While the High Commission regrets any inconvenience that this may have caused, we solicit the cooperation of the general public.”