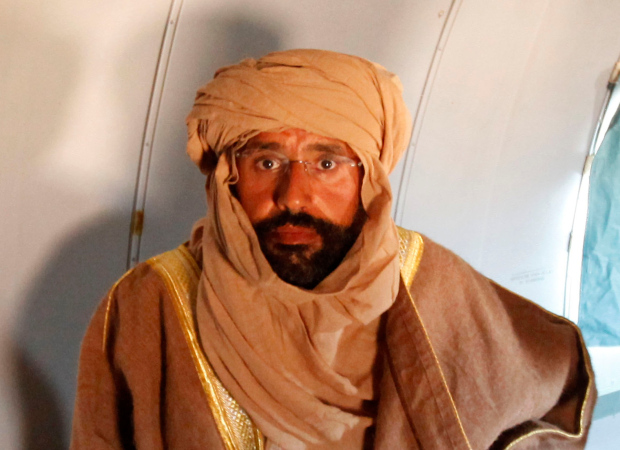 The son of former Libyan president, Colonel Gaddafi has mysteriously reappeared and now says he wants to run the war-torn country.

Saif al-Islam Gaddafi, 49, was sentenced to death after being captured in 2011 just days following the toppling of his father and was believed by many to be dead.

For years, mystery had surrounded the precise whereabouts of a man wanted for war crimes by the International Criminal Court.

But he has now broken his silence to speak to the New York Times and said he wants to unify Libya, which has been torn apart by civil war since his father was killed.

“I’ve been away from the Libyan people for 10 years,” he said.

“You need to come back slowly, slowly. Like a striptease. You need to play with their minds a little.”

Saif al-Islam has not been seen or heard from since June 2014, when he appeared via video link from a court where he was tried for war crimes and sentenced to death.

He said in the interview that he was a free man organising a political return and that his former captors “are now my friends”.

Any possible return by Saif al-Islam to Libyan politics would face hurdles, including his conviction by the Tripoli court and the ICC warrant for his arrest.

But the Britain-educated son of Muammar Gaddafi seems undeterred.

“Without them, we die. That’s where we get support. We hide here. We fight here. We get support from there. The Libyan people are our ocean.”

Saif al-Islam was reported to have been released in 2016 but was not seen in public, leading to speculation that he was dead.

His father ruled Libya from when he seized power in 1969 to his death, during which time he was accused of being a sponsor of global terrorism.

Gaddafi was killed in a frenzied execution staged by rebels who staged an uprising against his brutal rule after being found hunkered down in a storm drain.

The chilling video captured the tyrant’s final moments as he was seen covered in blood amongst a crowd of fighters who are chanting “God is great”.

He can be heard begging for mercy in the clips, saying “what you’re doing is wrong”.

“What is the matter? What’s going on? What do you want?” the bloodied tyrant pleaded.

Jeers of “you dog” and cheers of “victory” can be heard as the bewildered dictator was captured by the mob.

He is reported to have been beaten and tortured by the rebels – including having a knife or bayonet inserted into his anus.

In recent years Libya has been split between two rival administrations backed by foreign forces and countless militias.

The two camps agreed to a ceasefire in Geneva and the security situation has been slowly improving since.

A provisional government was agreed in March, and general elections are expected to take place on December 24.