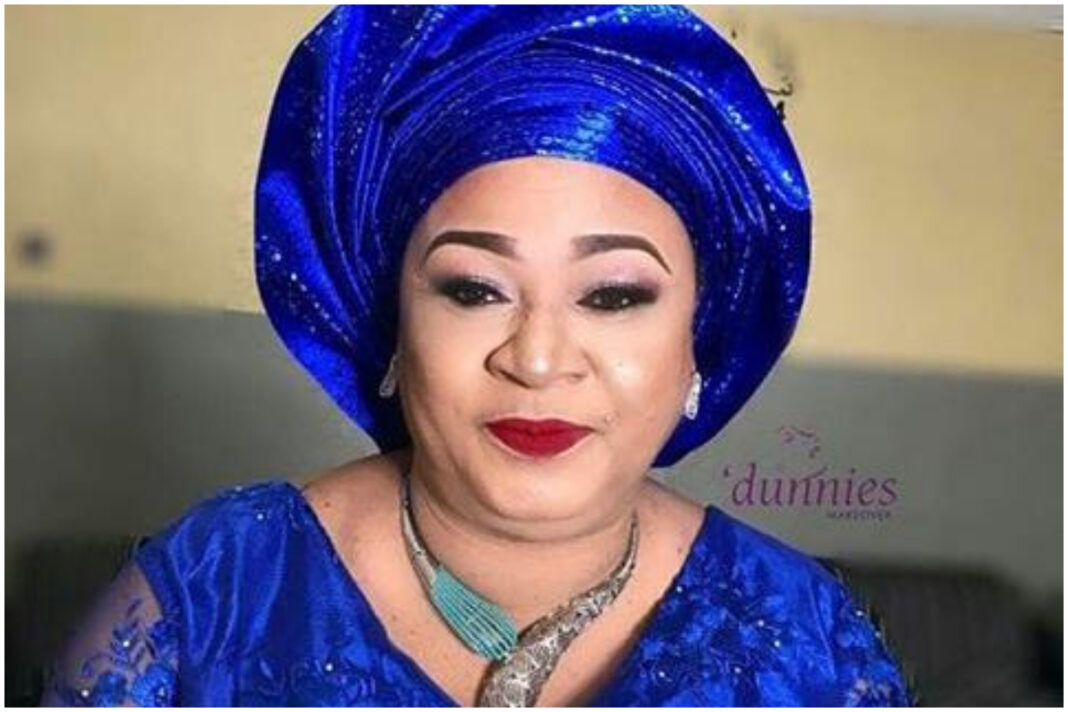 The revered movie star who has featured in hundreds of movies reportedly died on  Friday, July 30th.

Olatunji, the son of the actress, confirmed her demise.

He said his mother died on Friday night around 10 pm.

According to a colleague of the veteran actress who prefers anonymity: ”The late role interpreter was on a movie set this week. She was scheduled to get on another movie set this morning. It was when they didn’t hear from her that she was contacted and told she had died on Friday”.

Originally from Eku, Delta State in Southern Nigeria, Rachel Oniga was born on 23 May 1957 in Ebutte Metta, Lagos State.

She began her acting career in 1993, shortly after her divorce. She worked briefly at Ascoline Nigeria Limited, a Dutch Consultant Company before her first movie titled Onome and her debut Yoruba movie was Owo Blow. Over the years, Oniga has featured in notable Nigerian films such as Sango, a movie scripted by Wale Ogunyemi, produced and directed by Obafemi Lasode and Wale Adenuga’s television series, Super story.