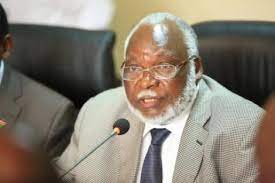 Wilfred Machage, the Kenyan high commissioner to Nigeria, has denied the claim that Nnamdi Kanu, leader of the Indigenous People of Biafra (IPOB), was arrested in Kenya.

Abubakar Malami, the attorney-general of the federation (AGF), had said the IPOB leader was “intercepted through the collaborative efforts of Nigerian intelligence and Security Services” — but he did not disclosed where Kanu was arrested.

However, Kingsley Kanu, brother of the separatist leader, alleged that his brother was apprehended inkENYA.

Speaking at a media briefing on Friday, the Kenyan high commissioner said the allegation was “concocted” to pitch Nigerians in the south-east against the Kenyan people.

“I want to address the allegation by denying that Kenya was involved in the alleged arrest in Kenya and extradition to Nigeria of Mr Kanu,” Machage said.

“The allegation is fictional, imaginary and deliberately concocted to fuel antagonistic feeling amongst the southern section of the Nigerian people against the Kenya people.

“Indeed many countries have been accused — Rwanda, Czech Republic, Britain, Ethiopia — and God knows which other countries.

“I want to challenge anyone with facts relating to this alleged arrest in Kenya to present this fact. This will include how and who was particularly involved in the alleged arrest.

“Nigeria is a sovereign country. It’s your country. Instead of facing the Kenyan high commission in Nigeria to ask some of these questions, you should face your government.

“The government of Nigeria knows how they arrested him. They have the answers, not me.”