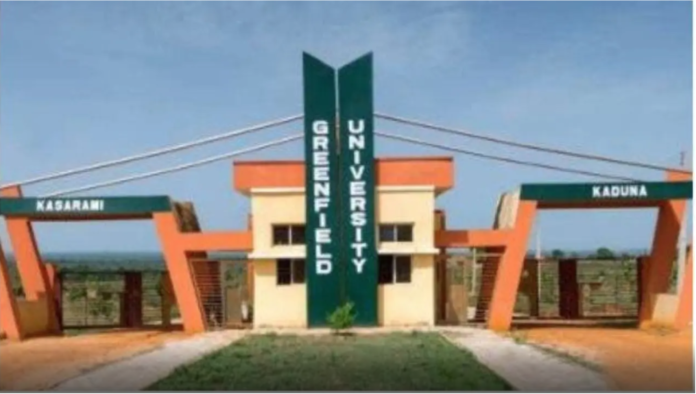 Fourteen students of Greenfield University, Kaduna State have been released by their abductors, after more than a month in their custody.

Reports indicate that the students were released on Saturday afternoon at a location along the Kaduna- Abuja highway after their parents allegedly paid N180 million ransom in addition to providing eight new motorcycles to the kidnappers before they agreed to release their children.

The students were abducted by bandits from their hostels on April 20.

On April 23, the remains of three of the abducted students were found in Kwanan Bature village, a location close to the university.

The Kaduna Government reported on April 26 that the kidnappers had killed an additional two students.

At a meeting held in Kaduna in April, parents of the students appealed to the government and public to help with the N800 million ransom demand from the kidnappers.

The Kaduna State Government and the Federal Government have discouraged ransom payments to bandits.

In a statement on May 5, President Muhammadu Buhari appealed for “the release of the students of the Greenfield University.”

The students release comes 40 days after they were abducted.

An altercation ensued between parents and the police near Olams farms where the rescued students were kept after their release..

As the police attempted to take the students to their office, the angry parents resisted, and blocked the bus conveying the students before insisting on taking their children home without any police escort.

The angry parents argued that having paid over N150 million ransom and bought eight motorcycles for the bandits to secure the release of their children, there was no reason why the security agencies would take custody of them.