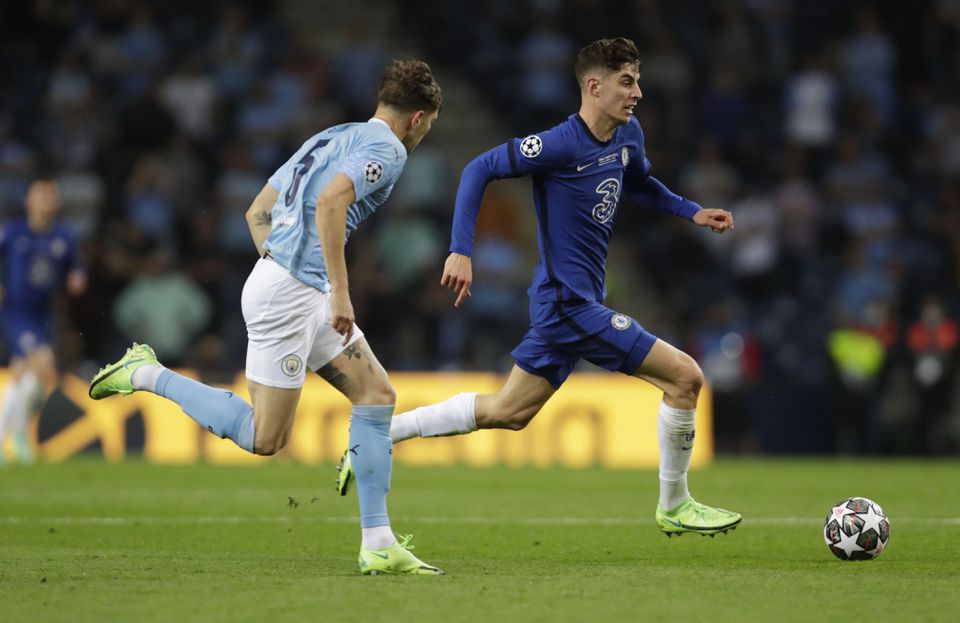 Chelsea won their second Champions League title and denied Pep Guardiola’s Manchester City their first with Kai Havertz grabbing a first-half goal to secure a 1-0 win in Saturday’s all-English final at the Estadio Do Dragao.

The German youngster, Chelsea’s record signing, kept his composure as he latched on to Mason Mount’s through pass and evaded goalkeeper Ederson before rolling the ball into an empty net in the 42nd minute to decide a tight encounter.

Premier League champions City were favourites ahead of the final but suffered a desperately disappointing night in their first Champions League showpiece match.

Despite winning three of the last four Premier League titles for City, Spaniard Guardiola failed to deliver the coveted European trophy he last won with Barcelona in 2011.

Guardiola’s team selection was surprising with Raheem Sterling brought in on the left flank and neither of the two regular holding midfielders, Fernandinho or Rodri, picked, with Ilkay Gundogan left to protect the back line.

It quickly became apparent the move had left City’s defence exposed with Chelsea creating early chances, three of which fell to Timo Werner who failed to capitalise – miskicking one, shooting softly at Ederson and then finding the side-netting.

Tuchel won the tactical battle against Guardiola and although City improved after the break they were never able to find their usual dominance and fluency.

City laboured as theysearched for openings and their cause was not helped when playmaker Kevin De Bruyne went off with a head injury after a clash with Antonio Rudiger.