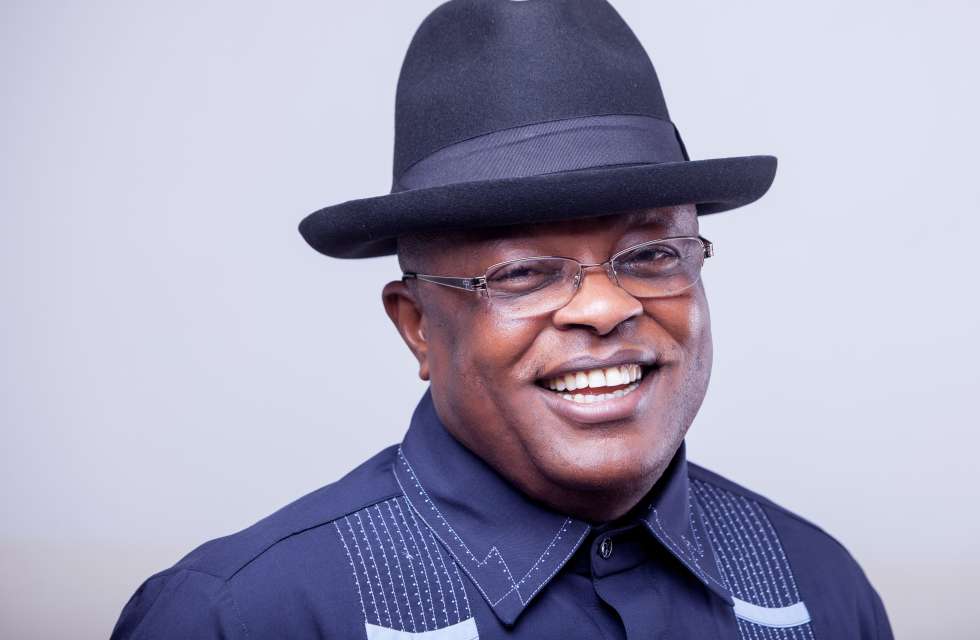 David Umahi, governor of Ebonyi, on Friday charged security operatives in the state to defend themselves against attackers.

The governor gave this charge on Friday while receiving the deputy inspector-general of police (DIG) in charge of the south-east, Joseph Egbunike,

He said it is an anomaly for an armed security operative to be disarmed by hoodlums.

“It is wrong for you to be holding a gun and someone will attack, kill and snatch your gun,” he said.

“You do not need anyone’s permission to defend yourselves. I state clearly that if a youth has the courage to attack a security agent with gun, such security agent should shoot to defend himself if he can.

“I have made this point severally and will never regret doing so.”

He also complained about shortage of police operatives in the state and urged the DIG to post more officers to Ebonyi for adequate security.

“You should not allow your personnel posted to the state to leave, because we need them and will do everything possible to accommodate them,” he said.

On his part, Egbunike thanked the governor for his efforts, adding that he was in the state to oversee the activities of the police’s ‘Operation Restore Peace’ security initiative.

“Dialogue and diplomacy solve all issues of marginalisation, injustice, inequality, among others, and this is exemplified with the prevailing peace in Europe,” he said.

While urging the people to cooperate with the police to address the prevailing security situation, he said the challenging days in the country will soon be over.