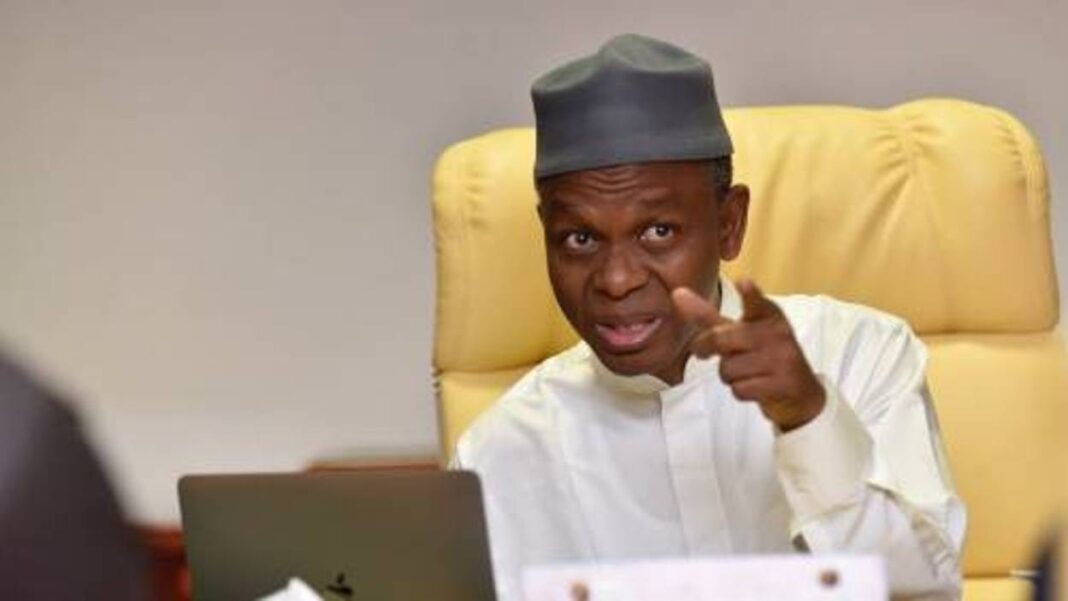 Chairman of the All Progressives Congress (APC) committee on true federalism, Mallam Nasir El-Rufai on Wednesday said Nigeria’s current political structure is not efficient, arguing there is a need for legislative intervention that would drastically prune down the number of responsibilities currenty shouldered by the federal government.

Speaking at a Senate public hearing on the review of the 1999 constitution, El-Rufai, who is also the governor of Kaduna state, identified 10 critical areas that need to be reviewed.

“The reality of our security situation today requires that Nigeria must strengthen its military and security agencies. This includes decentralizing the police to enable the states to exercise effective control in securing their residents and communities,” el-Rufai said.

“We need to have federal, state and community police, with each granted sufficient powers to make them effective in securing the areas assigned to them and cooperating closely with each other.

“Those expressing concerns about the ability of the states to bear the cost of policing should realize that apart from the payment of salaries by the federal government, most of the operational and capital costs of the Nigeria Police are borne by state and local governments.

“The power to hire and fire police officers should revert fully and totally to the Inspector General of Police, under the supervision of the National Police Council, as envisaged by the constitution.

“All mineral resources, including oil and gas and solid minerals, in the states, which will in turn pay royalties and taxes to the Federation Account. States already control land within their territories, courtesy of the Land Use Act, which is incorporated into the constitution by reference.”

The governor also said states should be empowered to establish, recruit staff and run their own judiciary up to the appellate level.

“In essence, I am suggesting that judges of State High Courts, Sharia Courts of Appeal and Customary Courts of Appeal should be nominated by the State Judicial Council, subject to confirmation by the House of Assembly.”

He also argued that each state should be free to adopt the model of local government structure that best suits peculiarities because Nigeria is a federation of 36 states and the federal government.

“Each state should decide how many local governments it can efficiently run and fund for better governance and delivery of public goods,” he added.

“No state government shall be allowed under any guise to take control of local government funds, and the Constitution should entrench safeguards and sanctions, including withholding state funds due from the Federation Account in the event of any reported diversions, impoundment or misappropriation.”

According to him, the proposed constitution amendment will enable the federal government to legislate a minimum wage for federal employees and those that reside and work in the federal capital territory (FCT) only.