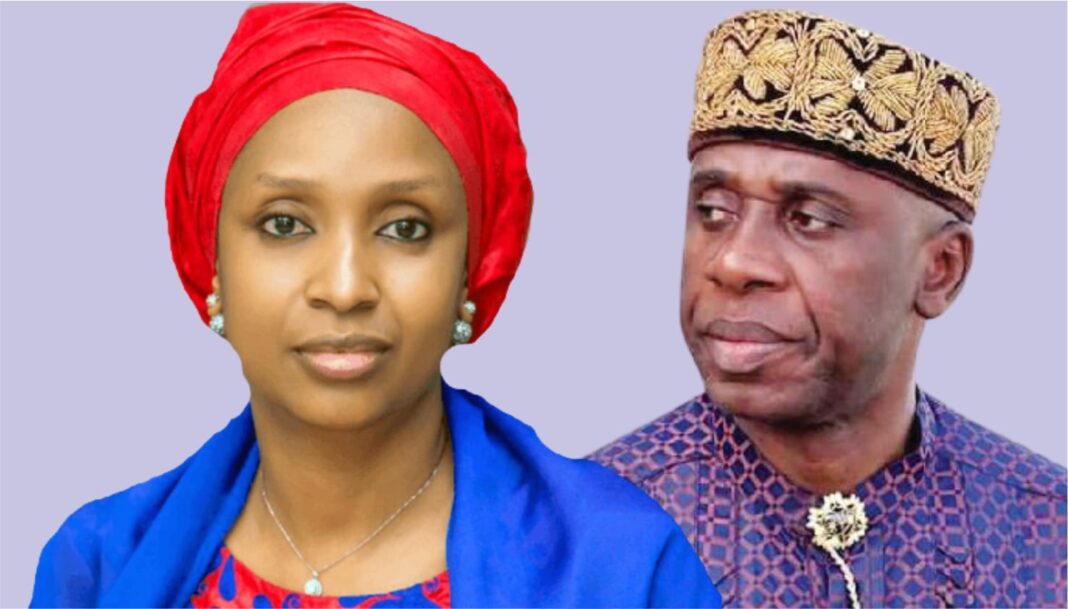 Minister of Transportation, Rotimi Amaechi on Monday inaugurated a committee to investigate allegations of financial impropriety levelled against the suspended Managing Director of the Nigerian Ports Authority, Hazia Bala-Usman.

Bala-Usman is being investigated over an alleged shortfall in remittances to the Federal Government coffers of surpluses from the earnings of the very strategic public institution.

The committee is to be chaired by Auwalu Suleiman, Director, Maritime Services in the Ministry of Transportation alongside Director, Organisation Design & Development (OHCSF), Ben Omogo.

Amaechi, while inaugurating the panel of enquiry, tasked the members, to be honest, and thorough in their assignment, which came after President Muhammadu Buhari, approved the suspension of the former MD, last week, over sundry issues of fraud.

The terms and references of the committee include: “Examine and investigate the administrative policies and strategies adopted by the Managing Director of Nigerian Ports Authority and confirm compliance with extant laws and rules from 2016 — date.

“Examine and investigate issues leading to the termination of pilotage and other contracts of Nigerian Ports Authority and confirm compliance with the terms of the respective contracts, court rulings and Presidential directives.

“Examine and investigate compliance with the communication channel as obtained in the Public Service.

“Examine and investigate the procurement of contracts from 2016 to date. Come up with suggestions and advice that would strengthen the operations of Nigerian Ports Authority and forestall such occurrences in future.”

This is coming just as the Minority Caucus in the House of Representatives is calling for the involvement of the Economic and other Financial Crimes Commission (EFCC) in the investigation process.

In a statement signed by the House Minority Leader, Rep Ndudi Elumelu, on Monday, the lawmakers insisted that a huge economic crime against the nation should not be left to an administrative panel of enquiry, but committed to an anti-graft agency like the EFCC for an independent investigation.