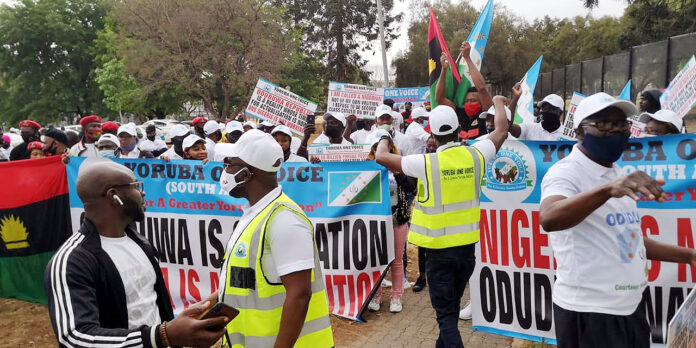 The Ogun State Police Command has directed the organisers of the proposed Oduduwa nation rally in Ogun State to have a rethink, saying that the State Command would have nothing of such.

The Command’s Public Relations Officer, Abimbola Oyeyemi said this in a press statement on Thursday.

“Consequently, the rally slated for Abeokuta on 1st May, 2021, is viewed by the Command as one too many in the State, and therefore not approved.

“Parents and guardians are hereby advised to warn their children and wards not to be involved in any of such gathering that may expose them to violence and consequently bring them on a collision course with the security agencies,” the statement read in part.

The proposed rally was scheduled to take place on May 1.