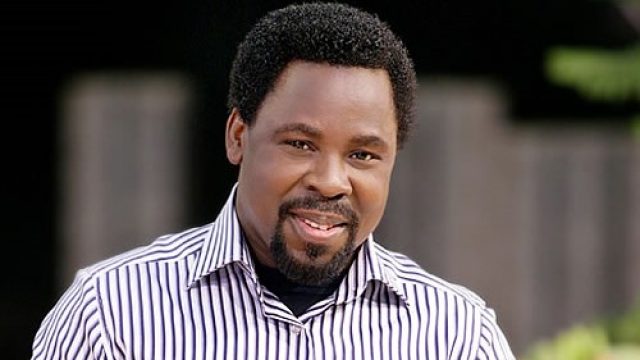 American video-sharing website, YouTube has suspended the account of a Christian television channel, Emmanuel TV, owned by Pastor T.B Joshua of The Synagogue, Church of All Nations.

The responsibility for the suspension was claimed by a UK- based media organisation, OpenDemocracy, which prides itself as an “independent global media organisation” whose projects include championing “women’s and LGBTIQ voices”.

The organisation also revealed they reported Joshua’s activities to Facebook and DSTV, which hosts Emmanuel TV on satellite in Africa.

According to the report, the channel posted at least seven clips showing “the charismatic Christian televangelist engaging in exorcism to ‘cure’ gay and lesbian congregants of their sexual orientation by casting out ‘the demon of homosexuality.”

Cullinan, however, acknowledges that after the Nigerian cleric’s prayers, the individuals concerned all testified that they no longer experienced same-sex attraction.

In a swift response to the suspension, the church said in a statement: “Our mission is to share the love of God with everyone – irrespective of race or religion – and we strongly oppose all forms of hate speech! We have had a long and fruitful relationship with YouTube and believe this decision was made in haste.”

Speaking to the video which triggered the suspension, the cleric states, “God hates sin, not sinners. When the Bible says, ‘Do not judge so that you will not be judged’, it means we should hate sin, not the sinner because sinners can change… We should hate the act, not the people because our battle is not against flesh and blood but against the ‘spirit beings’ that cause all these acts.”

The video titled ‘THE SPIRIT OF MAN IS TORMENTING YOU!!!’ TB Joshua Personal Prophecy” was about Chetanna Nwabuwa a Nigerian living in Ghana who the church claimed was allegedly possessed by a strange spirit.

Responsding to OpenDemocracy’s prostestation, a YouTube spokesperson said, “YouTube’s Community Guidelines prohibit hate speech and we remove flagged videos and comments that violate these policies. In this case we have terminated the channel,”

The suspension of the church’s YouTube account, which has more than 1.8 million subscribers and 600 million views before the suspension, has continued to generate backlash from the cleric’s supporters on social media.

“I think it’s because YouTube is not making any money from Emmanuel TV because it’s the largest channel which doesn’t monetise its content,” says Hakeem Oladiran, referring to Joshua’s stance to not allow adverts on his clips, promote merchandise or engage in fund-raising campaigns.

“How can praying for someone who freely came to your church to ask for God’s help with same-sex attraction now be classified as ‘Hate Speech’?” fumed Jennifer Ayre in a comment on Joshua’s official Facebook Page. “This is an affront to Christians worldwide!”