Russia is deploying nuclear weapons in Crimea to intimidate us, Ukraine defence minister 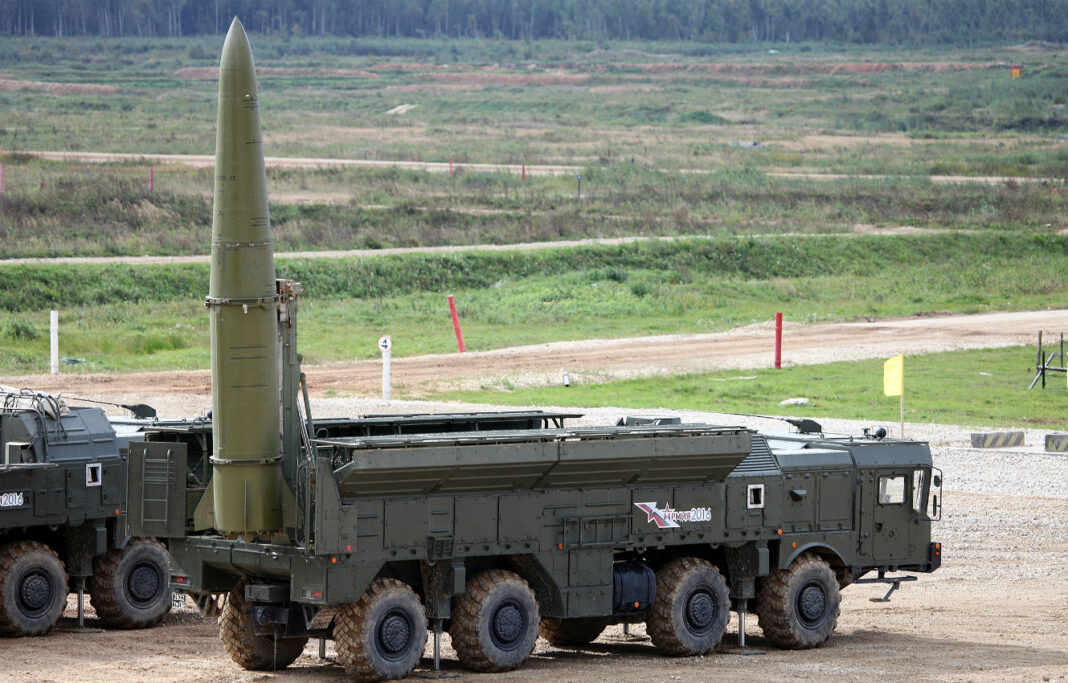 Ukraine’s defence minister, Andrii Taran has warned Russian strongman, Vladimir Putin is poised to deploy nuclear weapons around the flashpoint region in what is interpreted as a ‘show of force’.

And he could not rule out the possibility Russian forces could “undertake substantive military provocations” this year.

“The very presence of nuclear munitions in the peninsula may spark a whole array of complex political, legal and moral problems.”

However, he provided no evidence for his claims but said Russia was massing more than 100,000 troops on Ukraine’s border.

The Kremlin has long stated it believes it has the “right” to deploy nuclear warheads in Crimea as it insists it constitutes a part of Russia.

However, any decision by the Kremlin to move nukes there would mark a significant worsening in East-West tensions.

They are all capable of carrying nuclear cruise missiles and torpedoes and it’s long been thought the warheads for those weapons are in central storage in Russia.

However, there has also been mounting speculation Russia already has nukes secretly located in Crimea.

Taran’s comments, ahead of an emergency NATO meeting with allied defence and foreign ministers, came as the Russian navy held snap live-fire drills in the Black Sea.

Two missile ships – the Graivoron and Vyshny Volochek – are taking part in sea-level and aerial target practice alongside the missile hovercraft Samum while accompanied by frigate Admiral Makarov and mine-sweeping ship Ivan Golubets.

Meanwhile the first of two US warships – thought to be destroyers USS Donald Cook and USS Roosevelt – are expected to arrive in the Black Sea today, despite Russian warnings to keep them away “for their own good”.

Russia has been flexing its military muscle ahead of a planned anniversary parade on May 9 to commemorate its victory over Nazi Germany in the Second World War.

Fighter jets performed high-speed aerial acrobatic stunts as tanks and military troops put on a show of strength in preparation for the upcoming Victory Day parade in Moscow.

Hordes of servicemen marched in formation at the Alabino training ground on Wednesday, wearing facemasks and carrying red flags as tanks and rocket launchers joined the training exercise.

The parade – now in its 76th year – is held in remembrance of the 20million Soviet lives lost during the Second World War.

A local in the Russian Astrakhan region, 350 miles from the border, filmed the BTR 80 armoured vehicles with white crosses painted on them.

The tanks were reportedly spotted yesterday heading in convoy to the railway station.

Military experts have warned that similar white markings were used by the Soviet Army during the 1968 invasion of Czechoslovakia. The stripes help identify vehicles to friendly forces.

Russia will soon have a staggering assault force of more than 100,000 troops along with tanks and other armoured vehicles amassed at Ukraine’s border, reports the Mail Online.

And a leaked Ukrainian government report suggests another 30,000 troops may be on their way supporting the 80,000 already waiting to advance.

The leaked document is based on satellite images and intercepted intelligence.

Russia says it is NATO, not Moscow, that is carrying out threatening military action in Europe.