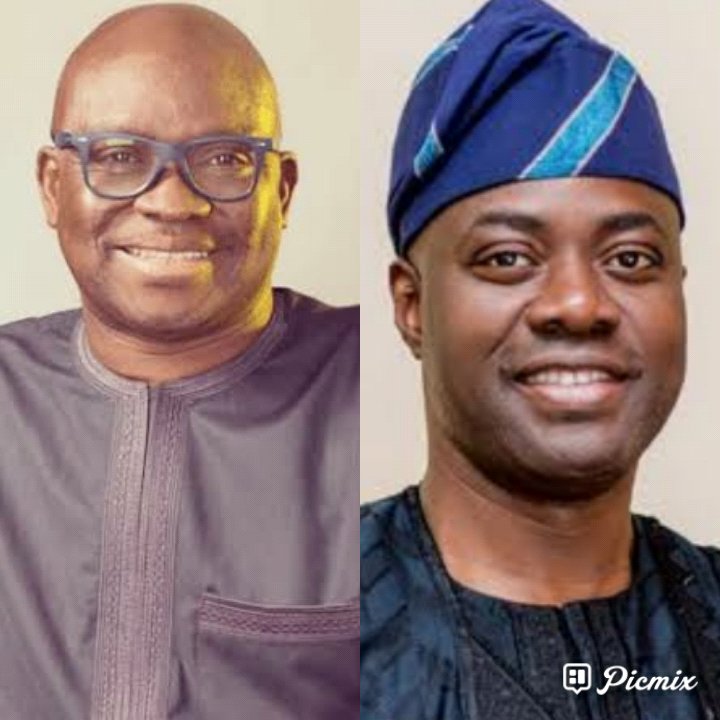 The battle for supremacy between former Ekiti State governor, Ayodele Fayose and Governor Seyi Makinde of Oyo State appeared to have been settled as the former governor, on Monday, publicly acknowledged the latter as the leader of the Peoples Democratic Party, PDP in the South West region of Nigeria.

Speaking at the Wocdiff Centre, Osogbo, venue of the Zonal Congress of the Peoples Democratic Party, Fayose acknowledged, “The Governor of Oyo State, Governor Seyi Makinde, my brother, my friend and by the grace of God, our leader.”

The ex-Ekiti State governor also apologised to members of the party not in his faction for all they have all gone through over the years.

“I and Seyi Makinde are one from the beginning,” Fayose said, praying that the tenure of Makinde as the party leader in the South-West will usher the PDP into a season of great accomplishments.

“Nothing last forever, if I offend anybody, I apologise,” he added.

There has been no love lost between the two politicians. Fayose had earlier threatened to work against the re-election of Makinde if the governor fails to stop “disrespecting” him.

However, the party last Wednesday called a meeting and settled the differences between Makinde and Fayose.