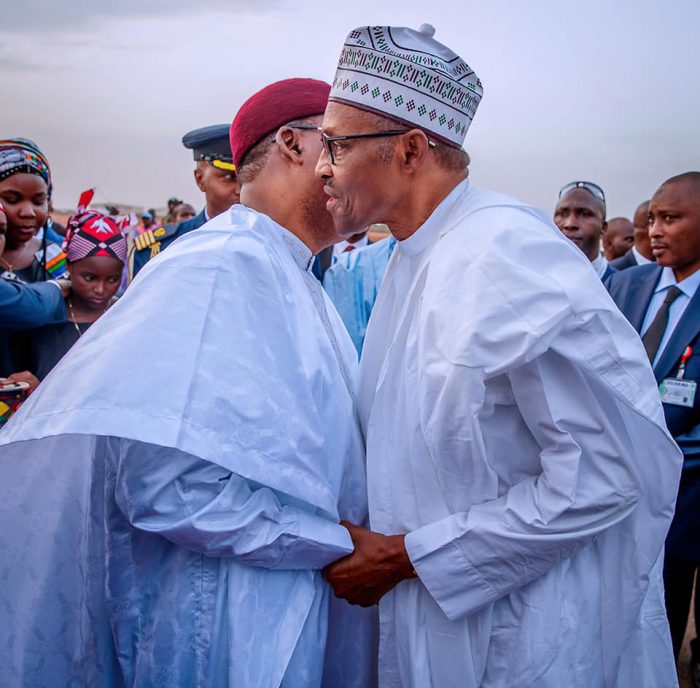 Speculations about the nature of the relationship between President Muhammadu Buhari and his Republic of Niger counterpart, Mahamadou Issoufou, again, came to the fore on Wednesday as a major highway in Abuja, the nation’s capital was named after the Nigerien leader.

The naming of the newly constructed highway was announced jointly by the FCT Minister, Muhammed Bello, and his Foreign Affairs counterpart, Geoffrey Onyeama, on Tuesday during the inauguration of the road.

Acknowledging the honour in his name, the Nigerien President tweeted, “My brother and friend, @MBuhari, did me the honor to call an Abuja express way ‘Mahamadou Issoufou Expressway’. This testifies, beyond our personal relations, to the excellent relations that exist between #Nigeria and Niger. His caring touches me. I thank him very much.”

Recall that a Nigerian-funded USD1.959bn Kano-Maradi (Niger republic) standard gauge rail project was awarded by the Buhari administration to, according to him, “make transportation cheaper for Nigeriens.”

Issoufou, who has been President of Niger Republic since 2011, recently won the prestigious 2020 Mo Ibrahim prize for Achievement in African Leadership.