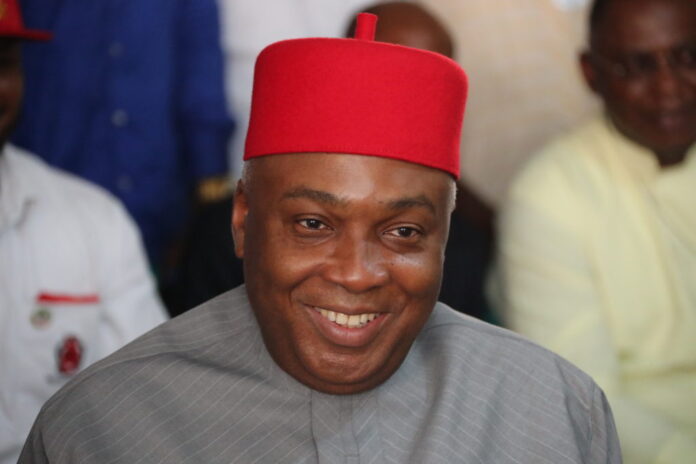 The presiding judge said the prosecutor failed to prove beyond reasonable doubt that the properties were bought with illegitimate funds.

Recall that the court had, in October 2019, granted the request of the Economic and Financial Crimes Commission (EFCC) to confiscate Saraki’s properties located at 17 and 17A, MacDonald road, Ikoyi, Lagos state.

The EFCC had then applied to the court for final forfeiture of the properties.

Delivering judgment on Thursday, the judge noted that the essence of an interim order of forfeiture is to preserve the property from being dissipated by the suspect and the burden is on the applicant — that is the EFCC — to prove that the property is part of proceeds of unlawful activity under the corruption laws.

The judge pointed out that the EFCC had, in the affidavit in support of its motion for final forfeiture, stated that the properties were purchased with a personal loan Saraki obtained from Guaranty Trust Bank.

He agreed with Kehinde Ogunwumiju, Saraki’s counsel, that the commission had failed to show that the funds used to purchase the property were illicitly taken from the Kwara state government house account.

The court held that the funds used by Saraki to purchase the properties were legal.

Aikawa, in his judgment, said the EFCC failed to prove that the former senate president purchased the properties with state government funds.

Reacting to the court’s decision in a tweet on Thursday, Saraki said: “I thank the Almighty Allah who has given me the opportunity to serve my state and country; and who has given me the strength to continually fight to assert my innocence. By his grace, I have always served with diligence, honour and integrity and I will continue to do so.

“It is my fervent hope that this judgment will put an end to the campaign of calumny waged against my person and allow me to focus on my life as a law abiding Nigerian citizen.”

We are for one and indivisible Nigeria, says Oyetola