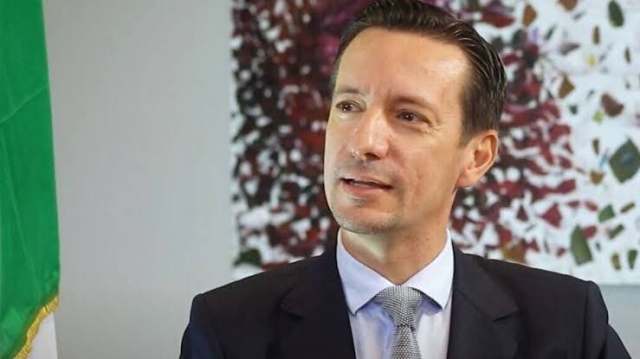 Italy’s ambassador to the Democratic Republic of Congo, his bodyguard and a driver from the UN World Food Programme were killed on Monday in the east of the country after their convoy was attacked.

The deaths of the ambassador, Luca Attanasio, 43, Italian military policeman Vittorio Iacovacci, 30, and a Congolese driver, whose name has not been released, were confirmed by the Italian government.

“When we heard gunshots we did not know what had happened we went to the scene they had just kidnapped the ambassador, they took him into the bush and immediately they clashed with the park guards,” one witness, who did not giver his name, told Africanews.

“And then suddenly the FARDC (DRC armed forces) went there and they managed to save the ambassador to take him to Goma for intensive care.”

Several others have been reported as wounded and have been taken to hospital.

No group has claimed responsibility for the attack but many armed groups are known to operate in and around the nearby Virunga park.

The killings in North Kivu province occurred in the same region where two British tourists were briefly kidnapped in 2018.

The WFP said the attack occurred on a road that had been cleared previously for travel without security escorts, and it was seeking more information from local officials on the attack.

According to the ministry website, Attanasio had been Italy’s head of mission in Kinshasa since 2017 and became ambassador in 2019.

The diplomat was married and had three young daughters.

“I offer the condolences not only in my own name but on behalf of my country’s government to the Italian government for this immense loss,” said the foreign minister of the Democratic Republic of Congo Marie Tumba Nzeza.

“I promise the Italian government that the government of my country will do everything possible to find out who is behind this despicable murder,” she said.

Italian President Sergio Mattarella condemned the attack in a statement.

“In deploring this treacherous act of violence, the Italians all gather in condolences around the families of the victims, to whom I wish to send the deepest condolences and the greatest solidarity,” he said.

Tola Adeniyi to Buhari: The country Allah has placed on your laps heading to ruins, destruction