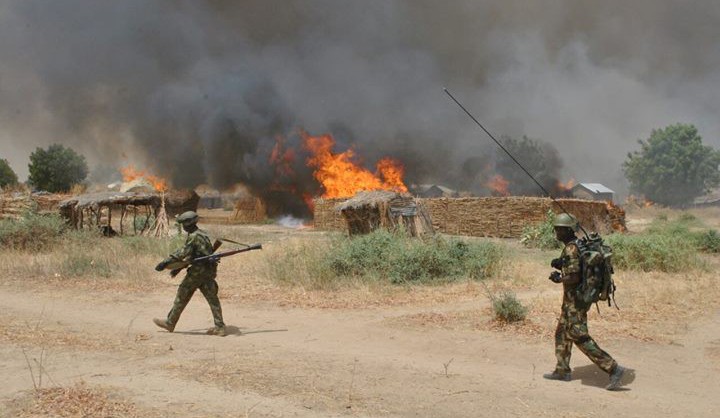 Though at the time of filing this report, it was unclear if there were casualties but reports emerging indicated that the explosion in the midst of a gun battle between the Boko haram terrorists and troops of the Nigerian Army may have claimed the lives of many.

While reports also indicated that the insurgents tried to launch an attack on University of Maiduguri from the northeast behind the military trench which is behind the university.

Sources in the community disclosed that the attack has caused pandemonium around settlements like Mairi, Kaleri and Constein which are sharing fence with the University.

A residents of Kaleri informed explosions were being detonated within the area but cannot tell if there are fatalities.

“People are just running in no direction. The explosions were coming from our area. What I cannot say is if people have died,” the source said.