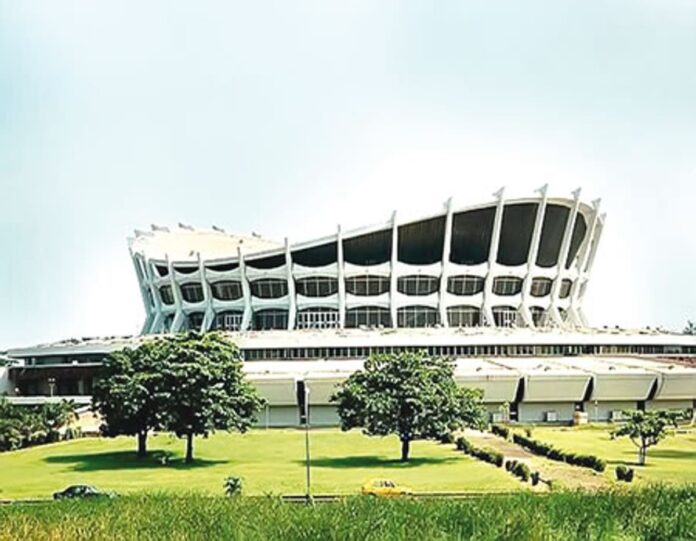 The organised private sector in the banking industry, under the aegis of the Bankers’ Committee, has signed a Memorandum of Understanding (MoU) with the Federal Government for the handover of the National Arts Theater, Iganmu, Lagos.

The disclosure is contained in a statement from the CBN, through a series of tweet posts on its official Twitter handle on Sunday, February 14, 2021.

The governor of Central Bank of Nigeria (CBN), Godwin Emefiele, who led the Bankers’ Committee in the deal said that revamping the National Arts Theatre would unlock the creative talents of hundreds of thousands of Nigerian youths in the fields of music, movie production, fashion, and information technology.

The statement said that the Bankers’ Committee would provide funding for a prototype cluster labelled, ‘The Signature Cluster’ which consists of a building each for music, film, fashion and information technology verticals.

The prototype cluster is also expected to include a welcome/visitor’s centre, police and fire stations, and structured parking for up to 500 vehicles will be built.

The signing ceremony also had in attendance, Lagos State Governor, Babajide Sanwo-Olu; Herbert Wigwe, the MD/CEO of Access Bank Plc and Chairman Body of Bank CEOs; Sunday Dare, Minister for Youth and Sports; Lai Mohammed, Minister for Information and Culture, and others.

It can be recalled that around July 2020, the Federal Government announced the official handover of the National Arts Theatre Complex to the CBN and the banks under the aegis of the Bankers’ Committee, in order to commence the renovation of the facility.

The Federal Executive Council had, a few days ago, approved an MOU between the Federal Ministry of Information and Culture and the Bankers’ Committee for the renovation of the National Arts Theatre with the CBN expected to provide about N21.89 billion.

The Bankers’ Committee will be expected to manage the facility for a few years before handing it over to the Federal Government.