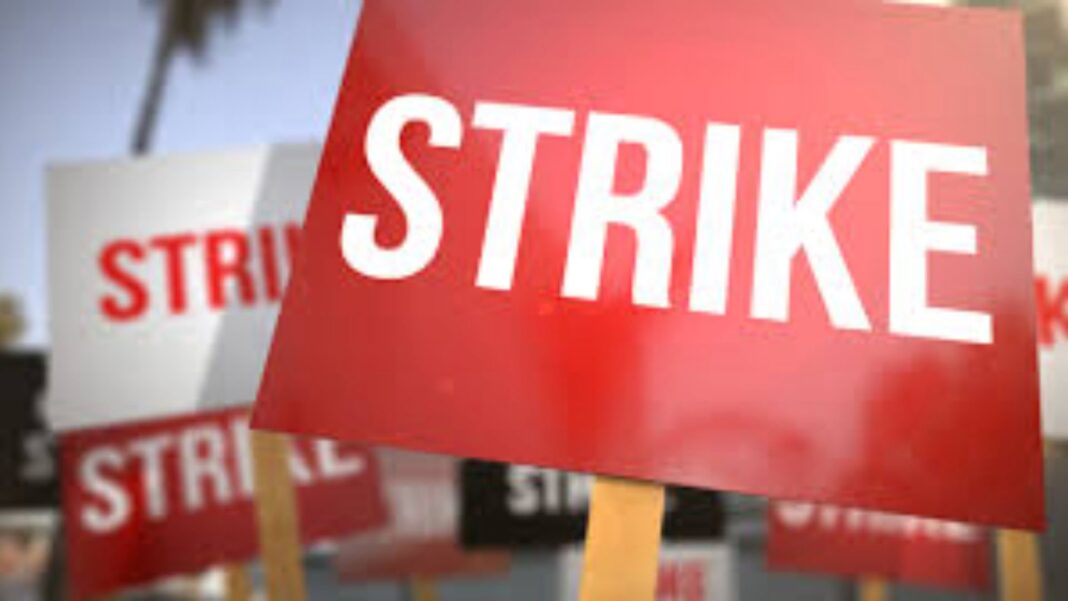 Members of the Senior Staff Association of Nigerian Universities (SSANU) and Non-Academic Staff Union of the Universities and Allied Institutions (NASU) will be proceeding on a nationwide strike from Friday to press home their demand for the federal government to rectify inconsistencies in the payroll of its members and also pay minimum wage arrears.

The directive was issued in a statement signed by the leaders of both university staff associations on Thursday.

Recall that the representatives of the unions met with the federal government team on Tuesday, but the labour leaders said the outcome was “not satisfactory enough to” assure them that the government would meet their demands.

The strike action, if followed through, could cripple most government-run universities.

The universities were shut for most of 2020 due to a nine-month strike carried out by academic workers and closures necessitated by the coronavirus pandemic.

Amid a second wave of the pandemic sweeping through the country, the National Universities Commission in January urged universities to re-open and commence academic activities.

In a statement signed by the General Secretary of NASU, Peters Adeyemi, and the SSANU’s National President, Mohammed Ibrahim, the unions said it would meet on Friday to “pass resolutions on the way forward” after its Tuesday meeting with the federal government.

“In the meantime,” the statement said, “the nationwide strike takes effect from 12 midnight, 5th February 2021 pending any contrary resolution by the Branches.”

Its Tuesday meeting with the government had been attended by the Permanent Secretary of the Federal Ministry of Labour and Employment, the Executive Secretary of the National Universities Commission, the acting Chairman of the National Salaries, Income and Wages Commission, the Director of Tertiary at the Federal Ministry of Education and the Director of the Integrated Payroll and Personnel Information System (IPPIS).

But the unions felt the government representation wasn’t adequate.

The Joint Action Committee leadership “noted that the quality of representation of Government and the fact that while the officials were quite relevant to the meeting, their mandate to effectively commit government on the issues in contention was not satisfactory enough to gain the confidence of the JAC leadership,” the statement said.

“The position was adequately conveyed to the Honourable Minister of Labour and Employment.”