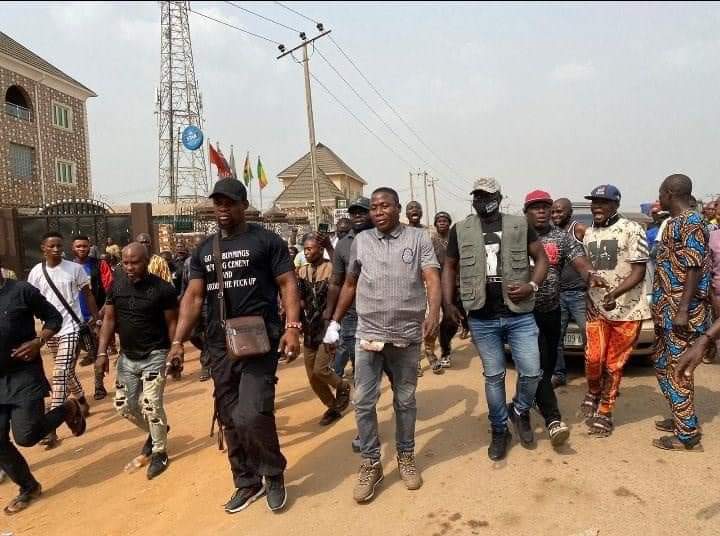 Dende made this allegation during a press briefing on Tuesday.

“They burnt the houses and that of Sarkin Fulani, Alhaji Adamu Oloru, located at Igua this [Monday] evening.

“We have been contacting the security agents, including the DSS, as we are aware that he is coming.

“We listened to the information on radio, we learnt that he was welcomed by the state government.

“We are helpless as we don’t have anybody to protect us.

“Many of our people are now scattered in the bush,” he said.

Sunday Igboho was in Abeokuta on Monday evening where he disclosed that he was being invited by the Ogun State government.

This claim has since been denied by the state government.

Igboho was also in some communities in Oyo State in January where he led the youth to chase away Fulani herdsmen while their belongings were destroyed.