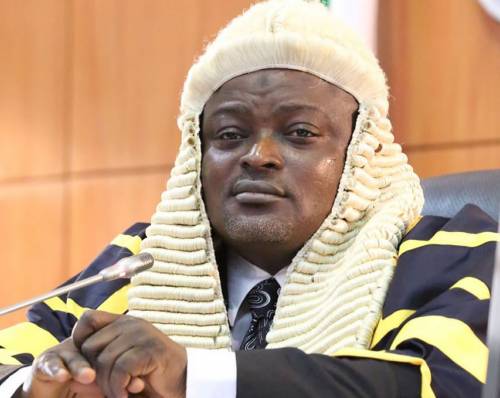 The Lagos House of Assembly on Monday has passed a bill into law banning the activities of cultists and illegal societies across the state.

After its passage, the Speaker, Mudashiru Obasa, directed the Clerk, Olalekan Onafeko, to transmit the bill to Governor Babajide Sanwo-Olu for assent.

The bill entitled ‘A Law to provide for the prohibition of unlawful societies and cultism in Lagos State and for other connected purposes’ says a society shall be regarded as unlawful if its members are engaged in illegal, destructive activities contrary to public policy, safety and peace of members of the public.

“The jail term also concerns anyone who attends such meetings or does any illegal act which may probably cause a breach of peace, disturbs public peace or conducts activities in such a manner as to pose a threat to life and property.

“The 15-year jail term further applies to anyone who intimidates or compels people to join a cult group.

“Any person who injures or uses violence on a person to compel the person to join an unlawful society or cult commits an offence and liable on conviction to a term of 21 years imprisonment.

“Any person who administers or is present at and consents to the administering of any unlawful oath that appears to bind the person who takes it to become a member of an unlawful society or cult under this law, commits an offence and is liable on conviction to seven years.”

It also stipulates 21 years for any member of a cult group who sets fire on anything or uses firearm or deadly objects, including acid and other chemicals, in any manner as to cause harm to anyone.

For students in the state, the law, which prohibits campus cultism, says “anyone of them who is convicted would face a jail term not exceeding two years.”

Cult clashes in Lagos have claimed many lives with many innocent persons caught up in the mayhem.

About 14 persons, including an easygoing motorcyclist identified simply as Pastor, were reportedly killed in a series of clashes between two rival cult groups–Eiye and Aye confraternities last month.

Speaking during the 2021 Ikorodu Town Hall Meeting On Security, Commissioner of Police in Lagos State, Hakeem Odumosu, warned traditionalists in the area to stop fortifying cult members and criminals.

According to Odumosu, the security situation in Lagos has been commendable except in some areas, particularly in the Ikorodu axis where the situation has become worrisome due to a spike in cases of cultism, gangsterism, traffic robbery, ritual killings, amongst others.

He said 242 armed robbers and cultists were arrested in the local government within the last six months while 28 arms and 120 ammunition were recovered.

The police boss said 192 cultism cases and 18 murder cases were also recorded in the period under review while 25 robbery incidents were foiled.

He said, “The traditional institution in the division must be up and doing in condemning the activities of the bad boys (cultists), instead of supporting and celebrating them and their criminal acts.

“The traditionalists and traditional worshippers in this area must stop promoting and protecting the criminals in Ikorodu axis and Lagos State in general. The ideas of fortifying the bad boys and providing native charms for them are counterproductive to our security architecture in this area. Their powers must be used to assist us not to jeopardise our efforts.”