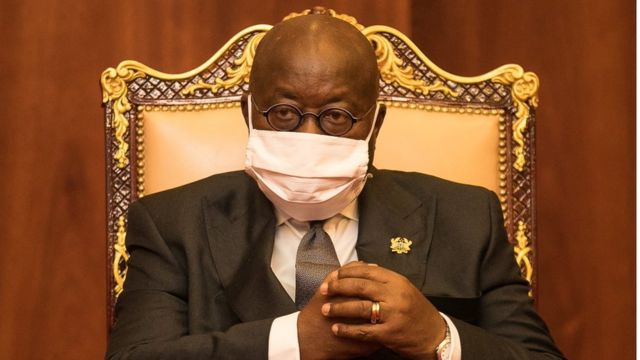 Ghana has reimposed a ban on social gatherings as the number of Covid-19 cases spiral in the West African nation, the president announced Sunday.

Schools reopened in January after a 10-month closure, but President Nana Akufo-Addo said a return to stricter measures was needed.

“Until further notice, funerals, weddings, concerts, theatrical performances, and parties are banned,” he said in a televised speech.

Justifying the restrictions, Akufo-Addo said: “Our hospitals have become full, and we have had to reactivate our isolation centres.”

The new measures on social gatherings come as the average daily rates of infection is at 700, compared to 200 two weeks ago.

Land and sea borders are closed since March, while beaches, night clubs, cinemas, and pubs continue to be shut.

Economic growth is expected to plummet this year to its lowest in three decades, to 0.9 percent according to the International Monetary Fund, from 6.5 percent in 2019.