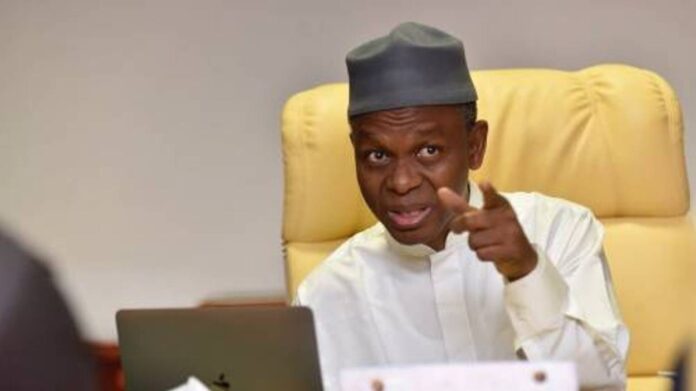 Governor Nasir El-Rufai of Kaduna State has condemned the burning of a pavilion erected by the leadership of the Evangelical Church of Winning All for its program by hoodlums in Zango-Kataf Local Government Area of the State.

Specifically, the pavilion was meant for the church’s forthcoming conference.

The State Commissioner of Internal Security and Home Affairs, Mr. Samuel Aruwan, who conveyed the governor’s message, tasked security agencies to fish out the perpetrators of the act.

Aruwan said, “The Governor of Kaduna State, Malam Nasir El-Rufai has condemned the burning of a pavilion arranged for a church conference in Zangon Kataf Local Government.

“The Government of Kaduna state received security reports detailing the incident, which stated that a pavilion erected by the leadership of the ECWA Church ahead of its conference was set ablaze by unknown persons at a location near the Palace of the Agwatyap.

“The Governor who frowned at the incident directed security agencies to carry out diligent investigation towards identifying and punishing the culprits.

“Investigations into the incident are in progress.”