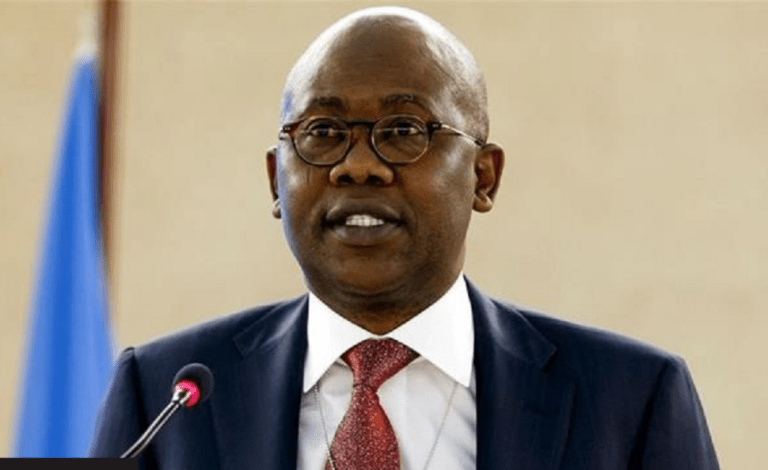 A former Attorney-General of the Federation (AGF) and Minister of Justice, Bello Adoke and an oil magnate, Alhaji Aliyu Abubakar, were on Thursday re-arraigned by the Economic and Financial Crimes Commission (EFCC) before a High Court of the Federal Capital Territory sitting at Gwagwala over their alleged complicity in the multi-billion dollar Malabu Oil scandal.

They are on trial over a 42 -count criminal charges alongside others, before the High Court of the Federal Capital Territory (FCT) on the Oil Prospecting License (OPL) 245, otherwise known as Malabu Oil.

Adoke who is facing trial over the alleged role he played in the “fraudulent” transfer of ownership of an oil bloc, OPL 245,  regarded as one of the biggest in Africa, took fresh plea alongside two others, Aliyu Abubakar, Rasky Gbinigie and four companies-  Malabu Oil and Gas Limited, Nigeria Agip Exploration Limited, Shell Nigeria Ultra Deep Limited and Shell Nigeria Exploration Production Company Limited.