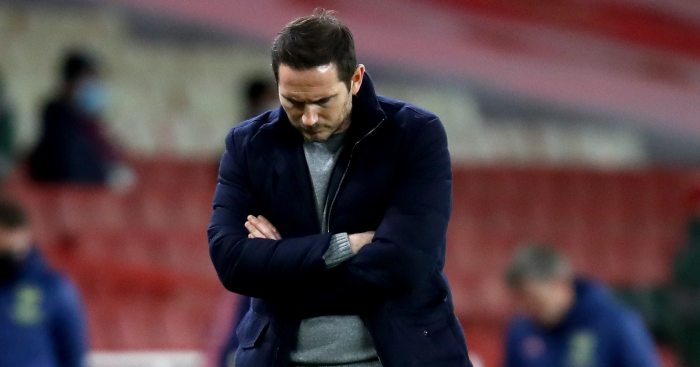 Chelsea have sacked manager Frank Lampard after 18 months in charge.

Former Chelsea midfielder Lampard, 42, leaves with the club ninth in the Premier League table after last week’s defeat at Leicester City, having won once in their past five league matches.

His final game in charge was Sunday’s 3-1 FA Cup fourth round win against Championship side Luton.

Lampard was appointed on a three-year contract when he replaced Maurizio Sarri at Stamford Bridge in July 2019.

He guided them to fourth place and the FA Cup final in his first season in charge, but the Blues have now suffered as many defeats in their past eight league games as they had in their previous 23.

Meanwhile, Roman Abramovich, the owner of the club says Lampard’s status as a Chelsea icon “remains undiminished”, despite his dismissal.

Abramovich, who has never previously released a statement after firing a manager, paid glowing tributes to the club legend insisting that, although a tough decision had to be taken, he still enjoys the full respect of the board.

“This was a very difficult decision for the club, not least because I have an excellent personal relationship with Frank and I have the utmost respect for him,” he said.

“He is a man of great integrity and has the highest of work ethics. However, under current circumstances, we believe it is best to change managers.

“On behalf of everyone at the club, the board and personally, I would like to thank Frank for his work as head coach and wish him every success in the future.

“He is an important icon of this great club and his status here remains undiminished. He will always be warmly welcomed back at Stamford Bridge.”

Reports indicate that ex-Paris Saint-Germain coach, Thomas Tuchel has agreed to take over the team.

The German could be unveiled before Chelsea’s next Premier League fixture at home to Wolves on Wednesday night.