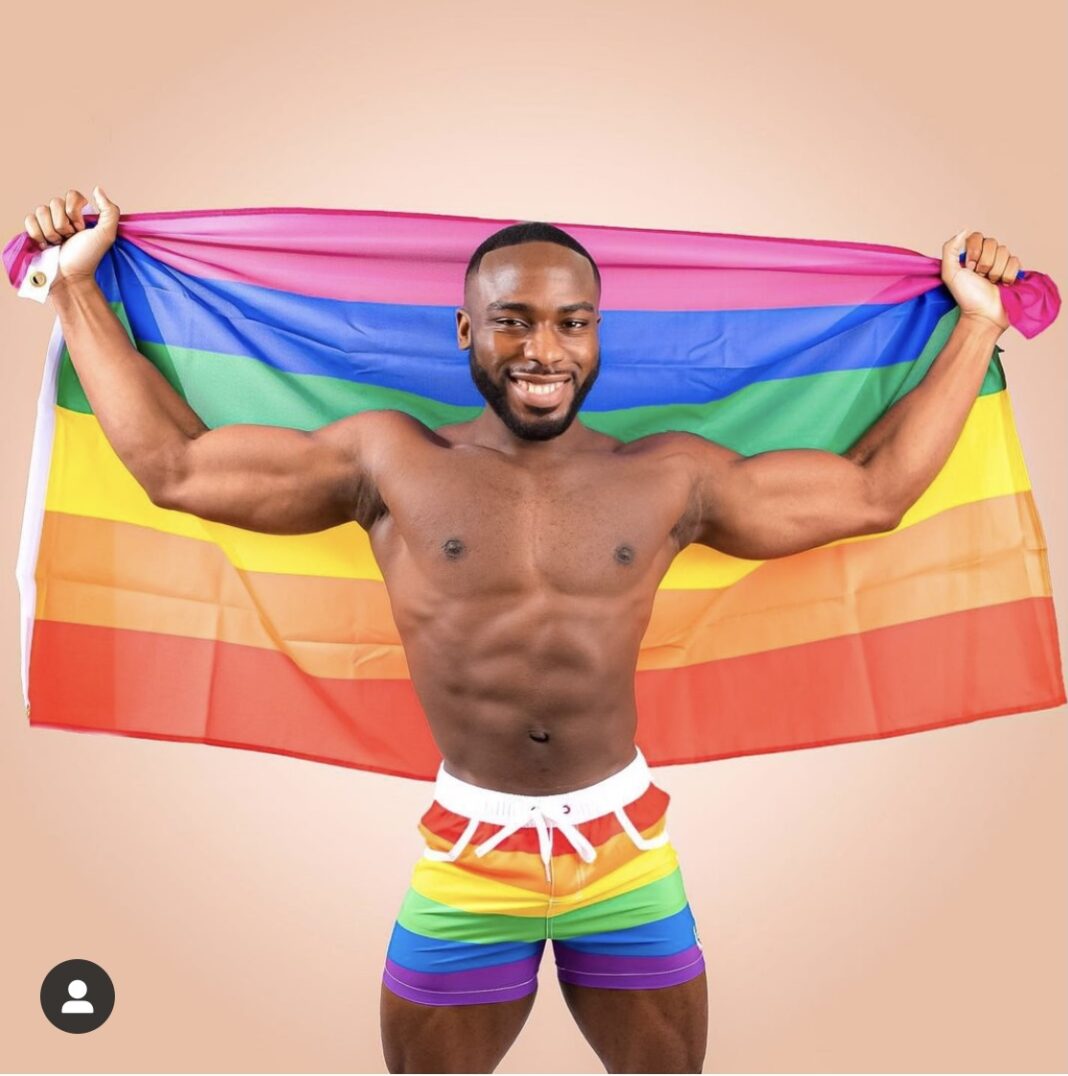 Bolu Okupe, the son of former presidential aide Doyin Okupe, has confirmed that he is gay.

Bolu made the bold declaration on his Instagram handle @boluokupe.

In the picture posted, he was captured holding the rainbow flag, bare-chested, and rainbow shorts.

He currently resides in France where the law allows him to experiment with his sexuality.

He graduated in 2015 from the University of Manchester, UK.

Bolu is also a holder of a Masters of Science in International Management from NEOMA Business School, France.