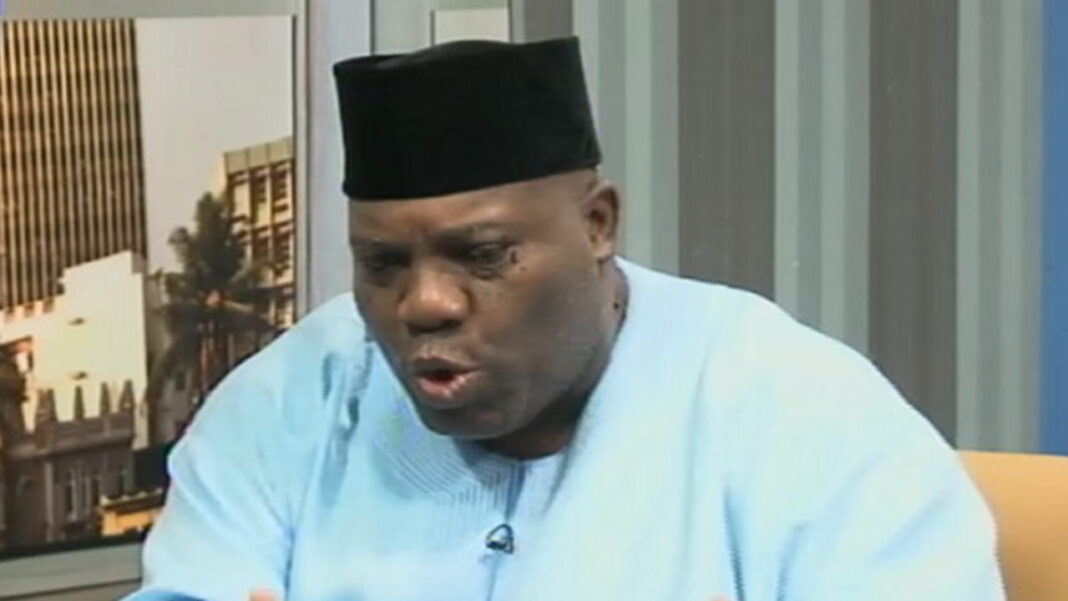 A former Presidential Spokesman, Dr Doyin Okupe, has come out to say he’s “vehemently opposed to homosexuality”, a straightforward and unambiguous reaction to his son’s (Bolu) declaration that he is gay.

While reacting in a series of tweets to a viral photo showing Bolu, wearing rainbow boxers with the caption: ‘Yes, I’m gay”, Okupe said he is aware of his son’s sexual orientation for some time now, but quickly added that this is a major spiritual challenge for him, adding, “but I know as my God liveth, this whole saga will end up in praise to the Almighty Jehovah who I serve day and night”.

Okupe, who served under former Presidents Olusegun Obasanjo and Goodluck Jonathan, said as an evangelist, he would never accept homosexuality as it is at variance with Christian values.

He, however, said he was hopeful that God would intervene, adding that he had been aware of his son’s sexual orientation for quite some time.

The former Presidential aide tweeted, “I have been aware of this his new orientation for a while now. He knows that as a Christian and a witness for Christ (an evangelist), I am vehemently opposed to homosexuality as it runs contrary to the avowed precepts of my Christian faith.

“For me, I look beyond the surface or the physical. Here I see a major spiritual challenge ahead but I know as my God liveth, this whole saga will end up in praise to the Almighty Jehovah who I serve day and night.

“For it is written: Behold, the hand of the Lord is not shortened that it cannot save, neither is His ear dead that he cannot hear. Isaiah 59 vs 1.”

Reactions have continued to trail his declaration on Instagram.

While some praised his boldness to stop living a life of self deceit, some vilified him, calling him all sorts of names.

An Instagram user, @iamfavourakpan, who is also gay wrote: “Okey, now i’ve finally found a boyfriend @boluokupe after the many years of searching”. Yet, another one, @_dollyan_ wrote, “Somebody husband is gone”.

An Instagram user went on his comment section to say that he (Bolu) would have been a corpse if he was in Kenya.

However, @blueweb_foundation from Kenya came, gun blazing: “Somewhere (in) Kenya, you could be a corpse. We Black coloured Never go against our God! Stay with your stupidity in France (sic).”

To the critic, Bolu replied, “Your whole mentality is tragic. I feel sorry for you. Your religion has turned you into a psychotic imbecile that you think it’s okay to kill people? First, you said to stay in France with your stupidity; sir, who do you think gave Africans Christianity? The French and the English pushed the religion on you that you are calling.

“Black coloured, you should educate yourself a bit. Second, the Europeans who gave you your religion has since moved past that because the world has developed while people like you are still stuck in the 18th century. You should know that the same religion that you so deeply cherish justified people to enslave your ancestors in the past.

“You are delusional. I hope one day you will educate yourself. If not, I don’t care; you will die ignorant and on the wrong side of history. (sic)”