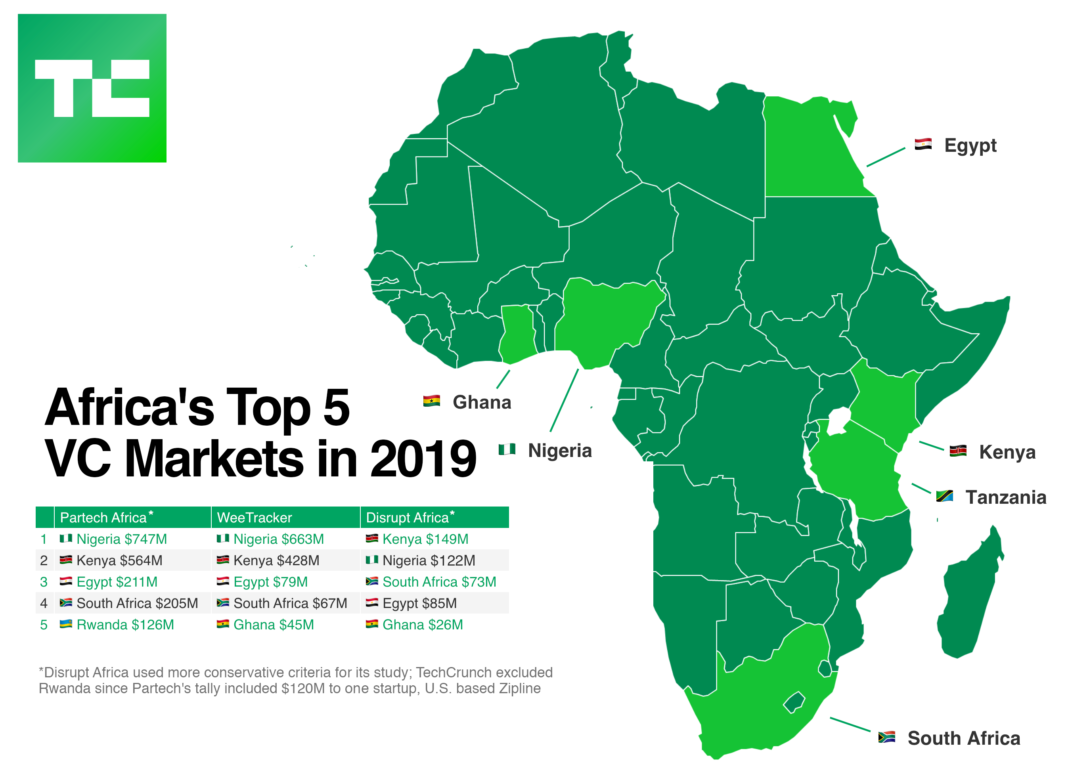 2020 was a good year for VC investment in Africa despite the economic uncertainties caused by the pandemic. Like 2019, several African countries were hot spots for VC investments during the year.

Analysis by Startup list has revealed that the top 5 destinations for investors in Africa remain unchanged from the previous year (2019). However, the standings of each country have shifted during the course of last year. Below are the top 5 investment destinations in Africa in 2020.

Kenya overtakes Nigeria as No 1 in Africa

Every year, top tech hubs across Africa compete for who will attract the most investments. In 2019, Nigeria was the most attractive investment destination on the continent, attracting over $663m, the highest amount received by any African country, according to Weetracker.

Last year, however, Kenya took over the number 1 spot after raising over $266 million, 25% of total funding on the continent. Nigeria follows closely with a contribution of 23% ($237m) during the course of the year.