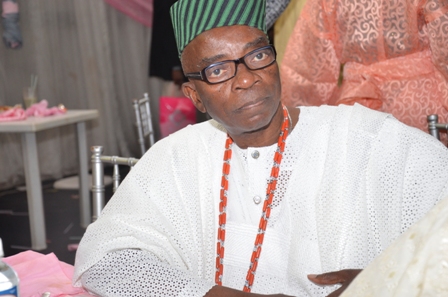 A former minister of commerce and industry, Jubril Martins-Kuye, is dead.

Family sources told Fedredsnews that the late Aare Musulumi of Igun State would be buried later today at Ago Iwoye, his home town.

Born on August 16, 1942, the late politician studied sociology at the University of Ibadan (1965-1968) and then Economics at the Harvard University Business School, graduating in 1983. He later qualified as a Chartered Accountant.

During his lifetime, he served as a senator during the Third Republic. Upon the return of democracy in 1999, he contested for governor of Ogun State under the banner of the Peoples Democratic Party (PDP) but lost to Olusegun Osoba.

In the same year, he was appointed by the Olusegun Obasanjo administration as the minister of state for finance where served till 2003.

President Goodluck Jonathan appointed him as the minister of commerce and industry between 2010 and 2011.

Mr Jonathan made the appointment while completing the remaining tenure of departed late President Umar Yar-Adua.