Unforgettable: Rooney retires as the greatest English player of his era 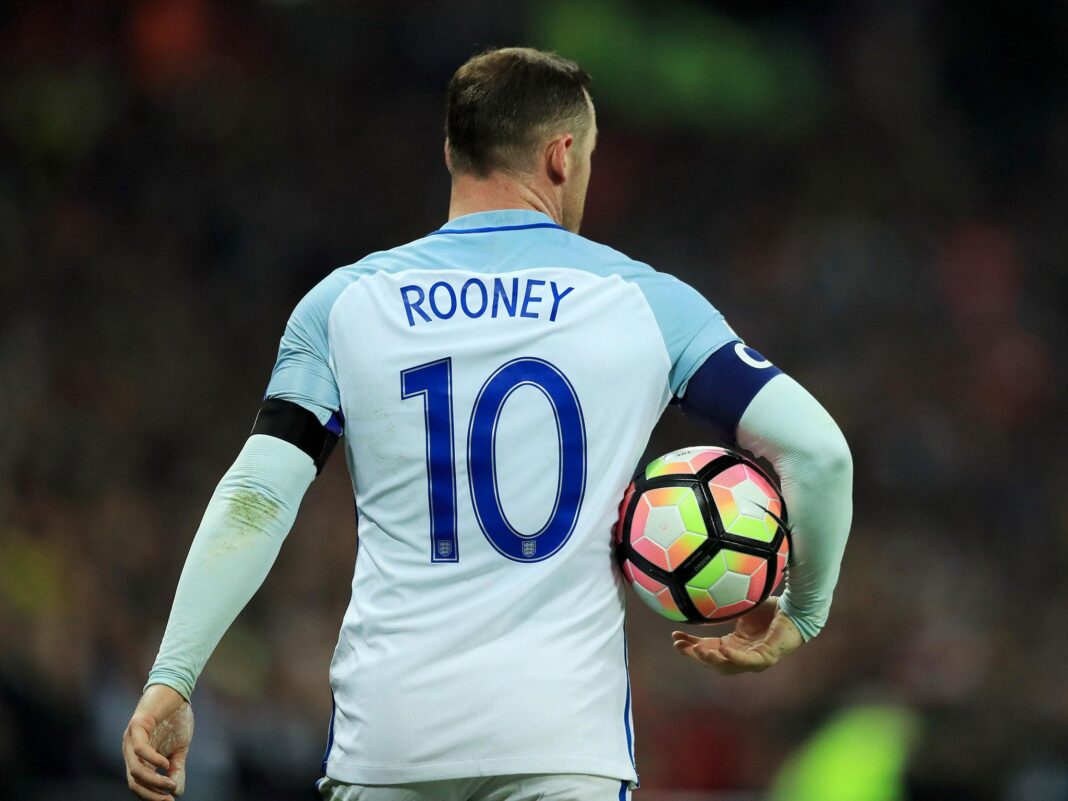 The former Man Utd and England striker will go down in history as one of the greats after announcing his retirement to take charge of Derby County.

When 16-year-old Wayne Rooney curled in a 30-yard, last-minute winner against Arsenal in 2002, few knew much about the Everton striker.

“Brilliant goal! Remember the name!” shrieked commentator Clive Tyldesley from the Goodison Park press box. Nobody, though, will ever forget how Rooney announced himself to the footballing world that day on Merseyside, or what he achieved during the 19 years that have followed.

Having announced the end of his playing career on Friday, Rooney moves into management having long since established himself as one of the greats of the English game.

The numbers speak for themselves. During a remarkable career, he played 763 games scoring 313, becoming not only Manchester United’s leading goalscorer but England’s too, eclipsing Sir Bobby Charlton in both instances.

If you were to ask people to name the best players of the Premier League era, some may skip past Rooney. His off-field exploits, the unsavoury headlines that he generated, and that moment he criticised England fans for booing the team at the 2010 World Cup in South Africa coloured some fans’ opinion of the forward. In short, ‘Wazza’ wasn’t everyone’s cup of tea.

However, anyone with a footballing brain appreciated his all-round excellence. Only Alan Shearer has scored more goals than him in the Premier League era, with 260 strikes to Rooney’s tally of 208, while he also sits second in the all-time list for goals and assists, with 311.

Furthermore, after he announced his retirement on Friday afternoon, social media was flooded with messages from not just former team-mates, but rivals, too. The worlds ‘legend’ and ‘GOAT’ (greatest of all times) were the most commonly used words to describe him, while there were plenty of anecdotes flying around about how he helped those around him.

United attacker Marcus Rashford tweeted: “To one of the greatest. It was a dream come true to play alongside you. Congrats on the most unbelievable career.

“The day I got my senior call up I got on the bus and had no idea where to sit. Everyone had their spot. It was daunting. Then I found my spot alongside Wazza, thank you for making me feel so at ease and welcomed.”

Manchester United fans also immediately began sharing their favourite memories of Rooney’s Old Trafford career. After all, he wasn’t just a great goalscorer – he was a scorer of great goals

There are so many to pick from, given he scored 253 times for the Old Trafford outfit, but it is likely his stunning overhead kick against Manchester City in 2011 will be the most replayed.

Rooney wasn’t just adored by the Stretford End faithful because of his prolificacy or penchant for the spectacular. His relentless work-rate, energy and selfless commitment to the cause also endeared him to supporters.

And that insatiable thirst for victory and willingness to sacrifice himself for the team never left him, even when he made his move to the MLS to play for DC United or was playing out his final few games of competitive football at Derby County inside empty stadia because of the coronavirus crisis.

His talent was matched by his tenacity and, at the peak of his powers, he looked capable of almost single-handedly ending England’s wait for a first major international trophy since 1966.

Rooney was immense at Euro 2004, a force of nature, and had his tournament not been ended prematurely by injury, the Three Lions could undoubtedly have gone all the way.

Of course, he may still feel some frustration that he was never able to reach those heights again in the five tournaments he subsequently featured in, though injuries and poor tactics also contributed to his failure to lift a trophy with his country.

He had no such problems at club level, of course. He continued to inspire United to the trophy after trophy during 13 years at Old Trafford. There were five Premier League titles, a Champions League, three League Cups, one FA Cup and a Europa League.

Rooney was central to nearly each and every single triumph and was one Sir Alex Ferguson’s greatest assets before the Scot’s retirement in 2013.

Having served under the greatest manager of them all, it will come as no surprise that Rooney has been appointed as Derby’s permanent boss. It is a move he has been planning for some time.

Back when Louis van Gaal was a manager at United, Rooney would knock on his door and ask to attend the meetings where the Dutchman and his coaching team would analyse opponents. He would often speak to the backroom teams at Everton and DC United after leaving Old Trafford.

” His knowledge of the game is not in question and he has a presence about him,” Ferguson said of one of his greatest ever signings. “I really do hope he goes well. It is a big step early on. He is a wealthy young man and doesn’t need to go into management to look after the family. He wants to do it and that’s the important thing.”

Having seen the passion that comes from Rooney when he ‘wants to do it’, and his ability to turn that desire into success, the next step in his career should come easily to him.

And as he begins the next chapter of his life in football, there will be no regrets over the story he has written to date. “I wouldn’t change a thing,” Rooney said on Friday.

And why would he? He’ll go down as one of the greatest players in Premier League history, a name nobody will ever forget.