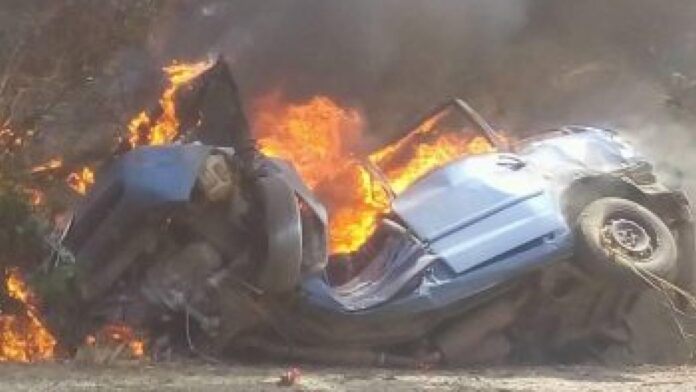 Reports indicate that no fewer than 20 passengers were, on Sunday, roasted alive in a road accident along Bauchi – Maiduguri expressway near Tirwun village a suburb of Bauchi capital city.

According to Wakili the accident occurred on Sunday afternoon when two commercial vehicles; a Volkswagen Golf heading from Misau to Bauchi and a Hummer Bus heading to Maiduguri from Jos collided.

One of the vehicles was reported to have gone up in flames and its occupants got burnt beyond recognition.

Out of 22 passengers involved in the accident only two survived and are said to be receiving treatment at the Abubakar Tafawa Balewa University Teaching Hospital Bauchi.