Ex-Senator, Bayo Salami dies in US 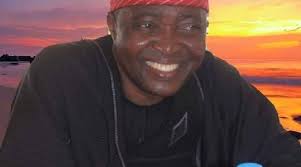 Senator Bayo Salami, who represented Osun Central in the Senate between 1999 and 2003 has passed away.

According to reports, the Osogbo-born politician died in the United States of America after a brief illness.

Salami, who was elected on the platform of the Alliance for Democracy, it was gathered, had been in the US since March last year.

The Muslim Students’ Society of Nigeria (MSSN) Osogbo Central Branch, described the late Senator as a responsible and devout Muslim during his time.

A statement jointly signed by the Amir, Taofeeq Olayoonu and the Public Relations Officer of MSSN, Saheed Raji, commiserated with the family and friends of Senator Salami.

The Muslim students recalled the efforts and commitment of the late Senator to Islam and prayed to Allah to overlook his shortcomings and grant him eternal rest.