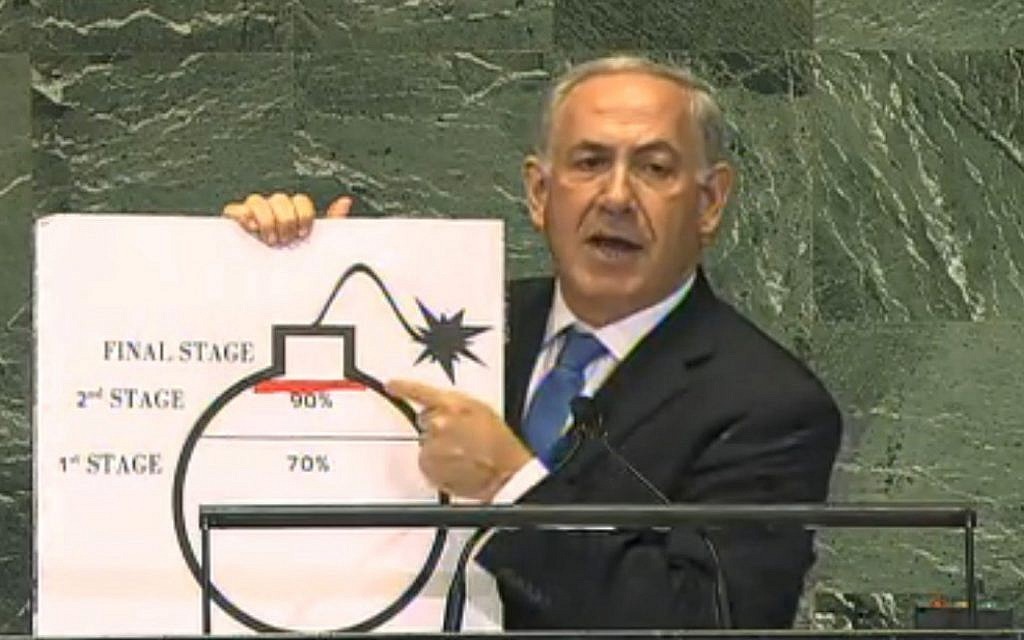 Israeli Prime Minister, Benjamin Netanyahu on Monday warned that his country would not tolerate Iran’s ambition to develop nuclear weapons.

This is coming on the heels of Iran’s announcement on Monday that it has started enriching its uranium purity to 20 per cent, way above the 3.79 per cent level agreed with the international community in 2015.

“Iran’s decision to continue violations of its commitments, raise the level of enrichment and promote the industrial capacity for underground uranium enrichment cannot be explained in any way other than to further the realization of its intention to develop a military nuclear program,” Netanyahu tweeted.

“Israel will not allow Iran to produce nuclear weapons,” Netanyahu added, repeating his warning to the regime in Tehran.

The European Union also warned Iran on Monday, saying the advanced enrichment would be a violation of Tehran’s commitments under the 2015 nuclear deal that limited uranium enrichment to 3.67% purity.

EU spokesman Peter Stano said that Brussels was waiting to hear the results of a briefing later in the day from the UN’s nuclear watchdog agency the International Atomic Energy Agency, (IAEA) before deciding on any action.

“The IAEA is the recognized independent monitoring and verification authority for Iran’s nuclear program. And on its assessments, we are basing our decisions and our actions,” Stano said.

“If this announcement is going to be implemented… it would constitute a considerable departure from Iran’s nuclear commitments under the JCPOA” and would have “serious nuclear non-proliferation implications,” Stano added in comments posted to social media.

Earlier Monday, Iranian state television reported President Hassan Rouhani gave the order to begin enriching uranium up to 20 per cent at an underground nuclear facility, a short, technical step to weapons-grade levels of 90% amid escalating tensions with the U.S.

Under the nuclear deal, Iran agreed to roll back its nuclear program to levels below the capacity to assemble atomic bombs. However, Israel objected to the agreement because it had a 15-year expiry date after which Iran would be allowed to enrich without limits.

In 2018, the United States dropped out of the agreement, but the EU, France, Britain, Germany, Russia and China all remained committed to the deal and have tried to persuade Iran to honor it.

Iranian political and military leaders have over the years repeatedly threatened to destroy Israel, calling it a “cancer” that must be removed.

At one point, Iranian Armed Forces Commander Maj. Gen. Hassan Firouzabadi told the Iranian Fars News agency that “the Iranian nation is standing for its cause that is the full annihilation of Israel.”