Above the Law: Vladimir Putin signs bill granting himself lifetime immunity from prosecution once he leaves office 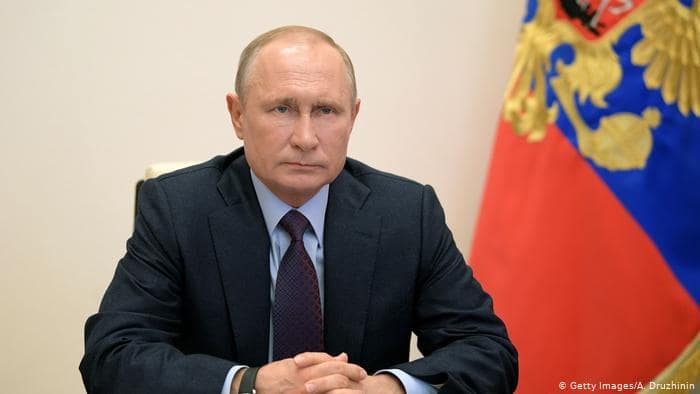 The legislation, published online today, outlaws the prosecution of all former Russian presidents and their families.

Former leaders will also be exempt from questioning by police or investigators, as well as searches or arrests.

Prior to the current law, Presidents were only granted immunity for crimes committed while in office.

The new legislation also allows leaders to become senators for life in the upper house of the Kremlin once they leave the presidency.

It also makes it harder to revoke a former president’s immunity.

While a former President can have their immunity stripped if accused of treason or other grave crimes, these must be confirmed by the Supreme and Constitutional Courts.

Under the new legislation, former Presidents will also be granted a lifetime seat in the Federation Council or senate and can name up to 30 senators to Russia’s upper house.

The move means that former Presidents could easily wield enough support in the Russian senate to prevent their immunity being revoked.

It comes as part of sweeping political and constitutional reforms aimed at consolidating the Putin’s grip on the Kremlin.

Earlier this year, the strongman, 68, passed laws which would allow him to run for two more six-year terms if he chooses – potentially making him the longest-serving leader in Russian history.

It comes a day after Kremlin critic Alexei Navalny claimed to have phoned an alleged security agent and tricked him into confessing the Federal Security Service (FSB) tried to kill him in August by poisoning.

Navalny said he had gained access to the security agent’s phone number from leaked logs and travel records.