Joe Biden is the next President, Electoral College results confirm it 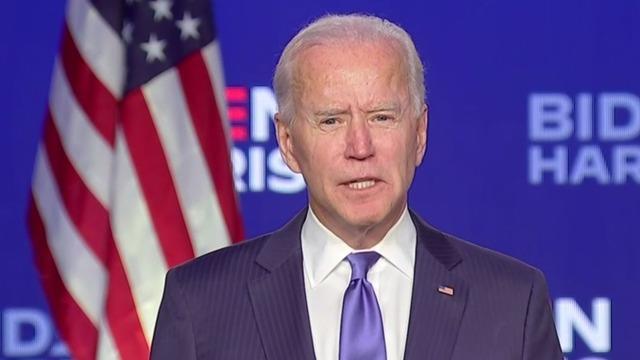 The 538 members of the Electoral College cast their ballots on Monday, the penultimate step in confirming President-elect Joe Biden’s victory over Donald Trump in the November election.

In Georgia, a state Biden was able to flip in 2020, former Democratic gubernatorial candidate Stacey Abrams took the roll call of electors and announced that the state had cast its Electoral Votes for him.

“I am pleased to announce that Joseph R. Biden has received 16 votes for president of the United States,” Abrams said.

As more members of the Electoral College cast their votes around the country, the drama-free proceedings resembled previous elections in which the results were a foregone conclusion. A little after 5:30 p.m. ET, Biden crossed the 270 Electoral Vote threshold needed to officially be declared the next president when California cast its 55 votes.

Despite pressure for Trump and his legal team to convince the Republican legislatures in battleground states to appoint a slate of electors who would overturn the popular vote, none obliged. Biden was on track to receive the 306 votes he was entitled to, to 232 for Trump — coincidentally, the same margin Trump won by in 2016, which he has characterized as a “landslide.”

Stung by Biden’s victory, Trump has relentlessly claimed that it was the result of electoral fraud. But the outcome was all but sealed on Dec. 8, the “safe and harbour day” deadline to resolve any outstanding disputes about the results. That left the formality of casting the Electoral Votes that had already been decided.

Still, even on the day that the Electoral College confirmed his loss, Trump continued to push baseless conspiracy theories about the election results in social media posts immediately flagged as containing misinformation.

But judges in Nevada, Arizona, Wisconsin, Pennsylvania, Michigan, Georgia did not agree that fraud had played a role in deciding a winner in the election. In ruling after ruling, Trump’s legal team suffered losses and stinging rebukes from judges, many of them appointed by the president himself, who either found no evidence of fraud, or took issue with the idea that the judiciary would simply toss out enough votes to keep Trump in office for a second term.

A last-ditch effort by 18 Republican attorneys general to ask the Supreme Court to throw out the votes in four states won by Biden was turned down decisively on Friday.

“We conclude the Campaign is not entitled to the relief it seeks,” Justice Brian Hagedorn wrote in the the majority opinion.

By 3:00 p.m. ET, all six of the battleground states where Trump contested the election results had cast their Electoral Vote ballots for Biden.

Without an assist from the courts, and with the Electoral College having cast its ballots, all that remains now is for Congress open and count them on Jan. 6. Vice President Mike Pence, who presides over the Senate, will pronounce Biden the winner.

When that happens, the election will truly be over, again.