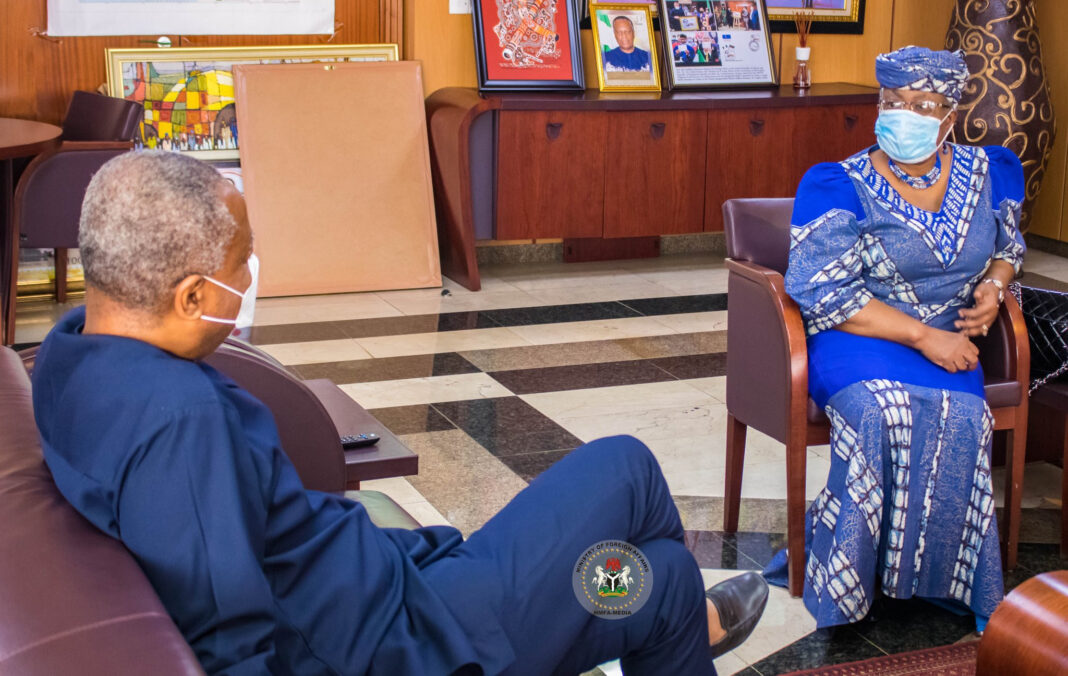 A former Minister of Finance and Coordinating Minister of the Economy during the Jonathan administration, Dr Ngozi Okonjo-Iweala, has assured Nigeria and other African countries that Covid-19 vaccines would be made available by the first quarter of 2021.

The statement quoted Okonjo-Iweala as disclosing this after a closed-door meeting with the Minister of Foreign Affairs, Geoffrey Onyeama in Abuja on Wednesday.

“As long as one person has it in the world, no one is safe. And that is why poorer countries, lower middle-income countries like Nigeria, need to get it as quickly as possible”, she was quoted as saying.

Okonjo-Iweala is currently the African Union Special Envoy on mobilising international economic support for the continental fight against COVID-19 and Nigeria’s candidate for the office of the Director-General of the World Trade Organization.

She disclosed that the international initiative at combating the pandemic has on board, global bodies like the World Health Organization, the Coalition for Epidemic Preparedness Innovations (CEPI), GAVI and the international community.

According to her, the Pfizer vaccine and the AstraZeneca were presently being negotiated so that poor countries don’t have to stand in a queue behind rich countries.

The former finance minister described Africans as blessed, for not having the same incidence rate of COVID-19 like other continents, but warned African nations against complacency.

Okonjo-Iweala recalled that a platform called the COVAX facility had been developed with 186 countries on board, saying that the side interested in serving the poor countries had 92 countries, for which resources have been raised to try and get the vaccines to them quickly.

“So, the Pfizer vaccine, the AstraZeneca, those are being negotiated now so that poor countries don’t have to stand in line behind rich countries.

“Initially, it will be for frontline health workers, followed by some other target groups – older people, those with underlying conditions and then, from there, the rest of the population. I think the COVAX facility can cover maybe 20-23 per cent of the population by the end of next year,” Okonjo-Iweala said. (NAN)