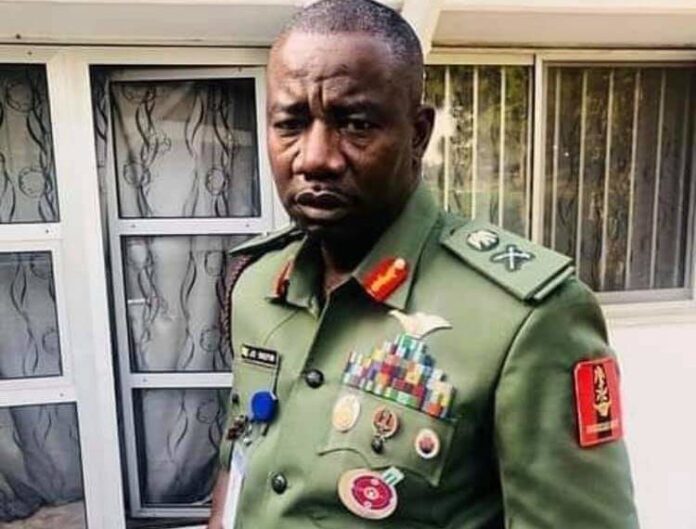 The sudden death of Mr. Irefin, who assumed the command of the division in July 2020 replacing Maj.-Gen. Felix Agugo, was said to have thrown the army into mourning.

The deceased general was a participant at the army’s 2020 COAS Annual Conference in Abuja during which he fell ill and was taken to the hospital on Tuesday evening. He later tested positive for COVID-19 and was receiving treatment before he died.

His death prompted immediate cancellation of the annual conference.

Organisers of the conference mandated all participants at the conference to immediately proceed on self-isolation, in line with the federal government’s protocol on COVID-19, and to prevent any further spread of the disease.

The incident has also forced the Chief of Army Staff, Tukur Buratai, to announce the reduction of the number of guests at the upcoming wedding of his son.

In a statement to friends and family members, the COAS said: “The Chief of Army Staff, on behalf of his family, feels honoured to sincerely appreciate, thank and welcome all dignitaries and invited guests to his son’s wedding slated for Friday, December 11.

“However, due to the resurgence of the pandemic in the FCT, Buratai will be unable to personally attend to, receive, or meet you at the event. All inconveniences are hereby regretted please,” Army spokesperson, Sagir Musa said in the statement.

Until his appointment in July 2020 as the GOC in Port Harcourt, the deceased was the GOC 81 Division Nigerian Army in Lagos.

Prior to assuming the command of the 6 Division and Land Component Commander Operation Delta Safe, Port Harcourt Barracks, Irefin was the immediate-past GOC 81 Division Nigerian Army.