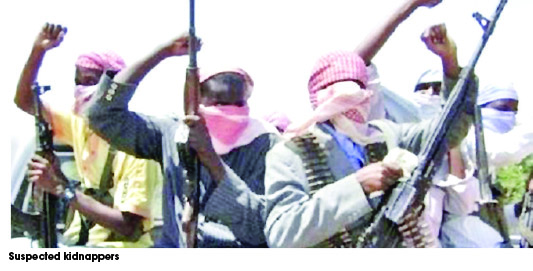 The Sir Ahmadu Bello Memorial Foundation on Wednesday in Abuja painted a grim picture of instability in the polity if the current security challenges facing the country is not tamed.

In a communique signed by its Managing Director/CEO, Engr Abubakar Gambo Umar, after the 22nd Joint meeting of the Board of Trustees and Advisory Council of the Foundation in Abuja, the Foundation expressed concern over the deteriorating security and socio-economic challenges in many Northern states of the country, adding that such presents a danger to the future of Nigeria

“The current insecurity situation especially the escalating Boko Haram attacks on innocent citizens in the North East, armed banditry in the North West and kidnapping and other forms of crises all over the North, if not adequately addressed, could escalate to undesirable dimensions and with serious consequences on the nation’s political stability,” he said.

According to Gambo, who is also Secretary to the Advisory Council, “members of the Board of Trustees and Advisory Council of the Sir Ahmadu Bello Memorial Foundation jointly met and examined the current challenges of insecurity and other problems presently affecting the country.

After exhaustive deliberations, the Joint meeting, resolved to issue the following statement:

“The foundation commends the efforts of the Northern States Governors in taking the much-needed proactive measures in curtailing the menace and spread of looting and carnage occasioned by EndSARS protests and urge them to act fast in compensating the victims to ameliorate their untold hardship.

“Members condemn in totality, the gruesome killings of more than 43 innocent rice farmers of Zabarmari village in Jere local government area of Borno state, and call on all relevant security agencies to immediately adopt measures to forestall future occurrence of such dastardly acts.

“The foundation also condemns the attacks on people of Northern extraction, who are pursuing their various legitimate businesses in the Southern parts of the country and calls on respective Governors of those states to take measures in addressing the situation promptly to avoid possible escalation.

“The meeting recommends that the security agencies should be adequately repositioned with adequate manpower, training and reward systems to motivate security personnel to ensure efficient and effective delivery of services.

“The foundation noted that in view of the direct correlation between insecurity and the collapse of social norms and moral values provided by the public educational system, governments and key stakeholders must take concrete measures and steps to remodel the educational system – in form and content –for the economic and political integration of our societies.

“The foundation also appreciates the level of engagement and consultations between the FG and ASUU, and therefore calls on federal government to further push for amicable resolutions to enable students resume their normal studies.

“The foundation appeals to leaders at all levels to have the nation at heart in their conduct and lead by example in the promotion of peace, security and progress of the North and country at large.”