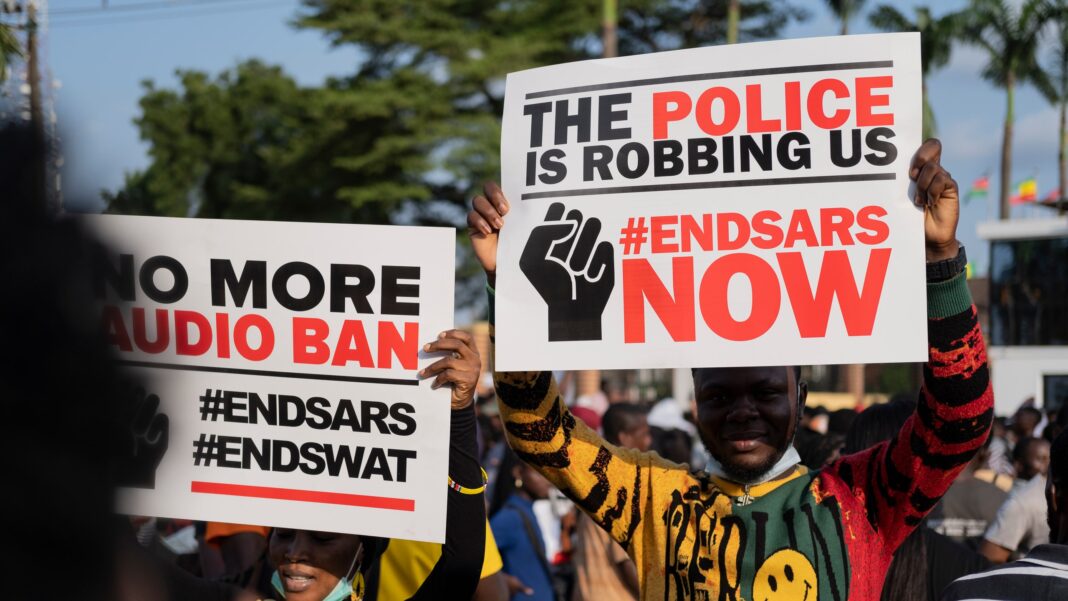 The Lagos Police Command has reiterated its determination to suppress any form of unlawful gathering in the state.

This is coming on the heels of reports that another wave of demonstrations against police brutality is set to resume on Monday, December 07, 2020 at designated locations across the state.

The Public Relations Officer of the Lagos State Police Command, Muyiwa Adejobi in a statement released on Sunday warned any person or group of person who might want to use EndSARS protest as a subterfuge to unlease terror and cause mayhem in the state to have a rethink.

The statement read: “…unpatriotic individuals and groups are planning to embark on the replica of recent violent EndSARS protest.

“Lagos State is still nurturing the wounds orchestrated by some violent EndSARS protesters and not fit to accommodate such protest for now.

“Lagos State Police Command therefore warns those who might want to disguise under End SARS protest to cause another set of mayhem in the state, to desist from such plans.”

He said the Lagos state command and other law enforcement agencies will not fold their arms and allow lawlessness and anarchy to take over the entire landscape.

“Any unlawful gathering, procession or protest will be suppressed professionally in accordance with the provisions of the law”.

The police advised residents to go about their lawful activities, assuring that all hands are on deck to maintain law and order.