This is one death too many, Makinde laments the death of Harry Akande 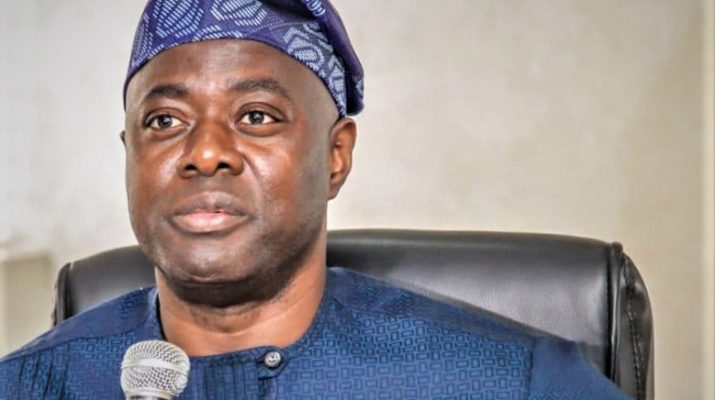 The Oyo State Governor, Mr Seyi Makinde, on Saturday lamented the death of business mogul and Agbaoye of Ibadanland, Chief Harry Akande who passed on after a brief illness on Saturday.

In his condolence message to the family of the deceased, Makinde said the death of Akande at this time meant that Ibadanland and Oyo State have lost another great man.

The Chief Press Secretary to the governor, Taiwo Adisa, quoted the governor as praying God to grant repose to Akande’s soul and grant the family the fortitude to  bear the loss.

According to Makinde, Akande’s fame as a businessman and his decision to join Nigerian politics to make a difference were classic, adding that his conduct gave courage to the younger generation of businessmen, most of whom he said have gone ahead to emulate Akande and are making good their dreams.

The governor said: “The news of the death of the Agba Oye of Ibadanland and internationally renowned businessman, Chief Harry Akande, came to me as a shock.

“His death meant another great loss to Ibadanland, Oyo State and Nigeria.

“Chief Harry Akande’s renown as an international businessman who tried to make inroads into Nigerian politics to make a greater impact on society remains classic.

“He was, indeed, one of the pathfinders for businessmen in politics and his efforts in deepening democracy through participation in politics will go into the annals of history, especially his role in building formidable opposition politics.

“This is one death too many and we can only pray to God to halt these deaths and allow our elders make more impact on humanity.

“We cannot question God but we can pray, and that is what we will continue to do. I pray that God will grant repose to Chief Akande’s soul and also sustain his immediate and extended families.

“Rest in peace, Agbaoye”, he said.