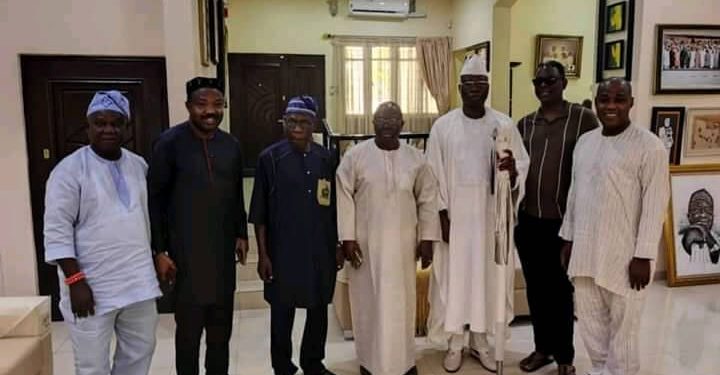 In a statement, the National Publicity Secretary of Afenifere, Mr. Yinka Odunbaku, said Obasanjo and Adams were reconciled at the Lekki residence of Chief Ayo Adebanjo, a chieftain of Afenifere.

The meeting, held behind closed door, had in attendance Afenifere Spokesperson, Yinka Odumakin; Basorun Segun Sanni; and Akin Osuntokun among others

“The meeting took far-reaching decisions on major and critical issues affecting the Yoruba nation to be the basis of consultation with other leaders across the South-West,” the statement said.

In a telephone conversation with Adebanjo, the nonagenarian confirmed the meeting, saying that it was a successful reconciliation where the two warring parties expressed their grouses and agreed to work together for the interest of Nigeria and the Yoruba nation especially.

Adebanjo also disclosed that critical issues like restructuring, which is one of the factors that created the face-off between Obasanjo and Adams in the first instance, was discussed and other matters like security and way forward for the country.

Adams, in a telephone discussion with The Guardian, said the meeting was a robust deliberation with particular interest in the state of the nation, including insecurity, unity, among others.

But when asked whether there are moves to reconcile other warring Yoruba leaders, especially Afenifere and South-West leaders in APC, Adebanjo said: “We don’t have issues with Bola Tinubu, Osoba, Akande and a host of others in the ruling party. If they can come out and speak courageously the way Chief Afe Babalola, Pastor Enoch Adeboye and Prof. Wole Soyinka had spoken on restructuring of recent, we are on the same page.”

Adebanjo said it was a welcome idea if the recent visit of Osoba, Akande and others to Buhari was to present El-Rufai’s report on restructuring to the President.

Additional report from The Guardian