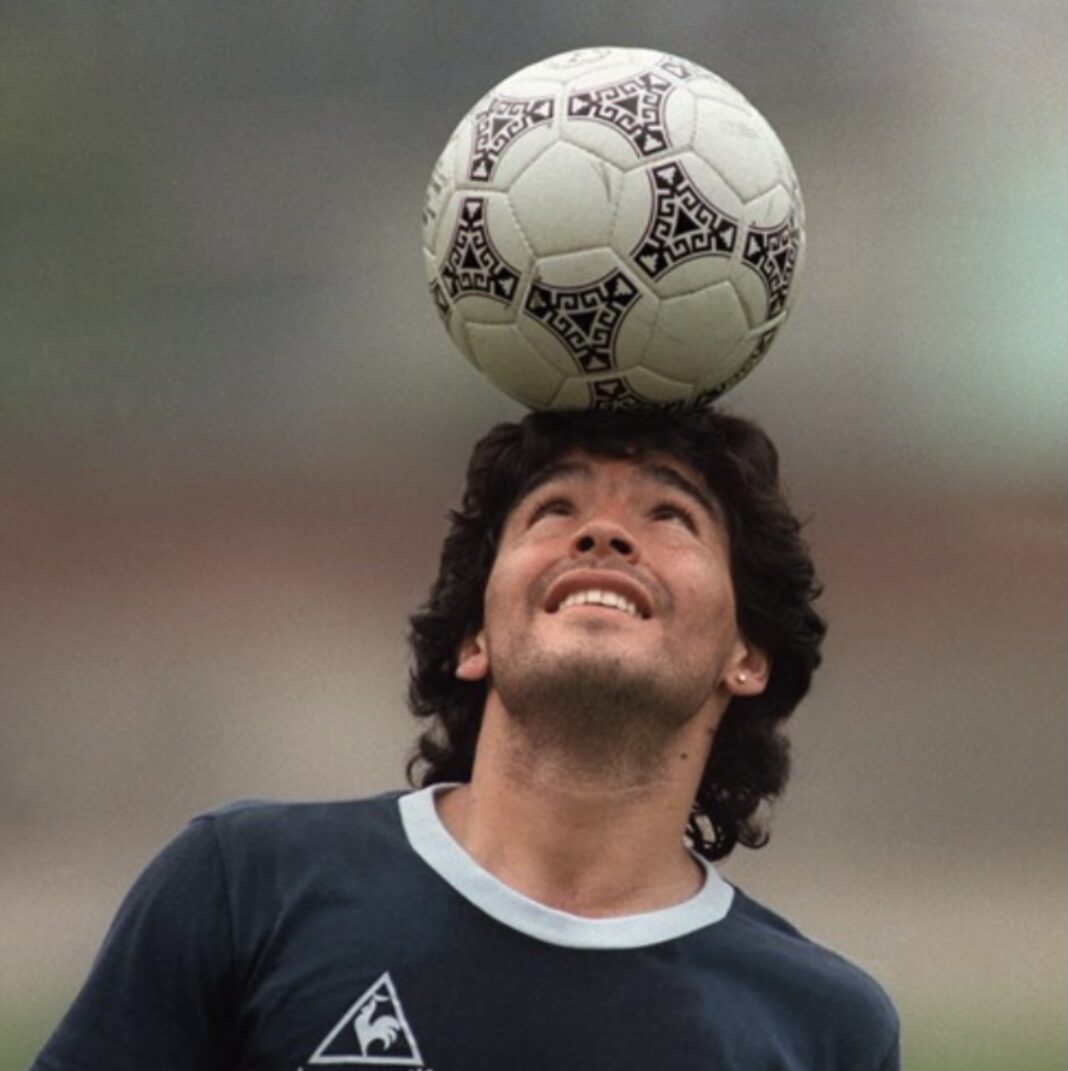 Diego Maradona, the Argentine soccer great who scored the “Hand of God” goal in 1986 and led his country to that year’s World Cup title before later struggling with cocaine use and obesity, has died. He was 60.

A person close to Maradona said he died Wednesday of a heart attack. The person spoke to The Associated Press on the condition of anonymity because he was not authorized to speak publicly.

The office of Argentina’s president said it will decree three days of national mourning, and the Argentine soccer association expressed its sorrow on Twitter.

“You took us to the top of the world,” Argentine President Alfredo Fernández said on social media. “You made us incredibly happy.

You were the greatest of all.”

Diego Armando Maradona leaves behind a truly remarkable legacy, an icon for millions of football fans across the globe.

One of the most famous moments in the history of the sport, the “Hand of God” goal, came when Maradona punched the ball into England’s net during the 1986 World Cup quarterfinals. He also captivated fans around the world over a two-decade career with a bewitching style of play that was all his own.

Although his reputation was tarnished by his addictions and an ill-fated spell in charge of the national team, he remained idolized in soccer-mad Argentina as the “Pibe de Oro” or “Golden Boy.”

The No. 10 he wore on his jersey became synonymous with him, as it also had with Pele, the Brazilian great with whom Maradona was regularly paired as the best of all time.

The Brazilian said in a statement he had lost “a dear friend.”

“There is much more to say, but for now may God give his family strength,” Pelé said. “One day, I hope, we will play soccer together in the sky.”

Bold, fast and utterly unpredictable, Maradona was a master of attack, juggling the ball easily from one foot to the other as he raced upfield. Dodging and weaving with his low center of gravity, he shrugged off countless rivals and often scored with a devastating left foot, his most powerful weapon.

“Everything he was thinking in his head, he made it happen with his feet,” said Salvatore Bagni, who played with Maradona at Italian club Napoli.

A ballooning waistline slowed Maradona’s explosive speed later in his career and by 1991 he was snared in his first doping scandal when he admitted to a cocaine habit that haunted him until he retired in 1997, at 37.

Hospitalized near death in 2000 and again in ’04 for heart problems blamed on cocaine, he later said he overcame the drug problem. Cocaine, he once said famously, had proven to be his “toughest rival.”

But more health problems followed, despite a 2005 gastric bypass that greatly trimmed his weight. Maradona was hospitalized in early 2007 for acute hepatitis that his doctor blamed on excessive drinking and eating.

He made an unlikely return to the national team in 2008 when he was appointed Argentina coach, but after a quarterfinal exit at the 2010 World Cup in South Africa, he was ousted — ultimately picking up another coaching job with the United Arab Emirates club Al Wasl.