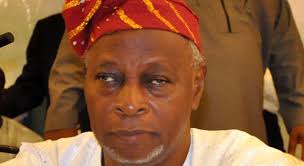 A former Secretary to the Federal Government and Presidential candidate of the Alliance for Democracy in 1999 general election, Chief Olu Falae has appealed to the Commander of the Amotekun security outfit in Ondo State, Chief Adetunji Adeleye to protect him from being kidnapped the second time by Fulani herdsmen who have been terrorising his workers and destroying his farm.

In a letter addressed to Chief Adeleye, Falae said in the last few weeks, Fulani herdsmen came into his maize farm twice to eat up and trample large sessions of the farm. He also alleged that the same herdsmen attacked his citrus farm some weeks ago by stealing, harvesting oranges and destroying what they could not carry away.

He said the police on security duty on the farm were sent to drive the herdsmen away, but that they had been coming back every night to attack his workers in the camp, breaking their door and carting away all their belongings.

Falae appealed to the commander to let Amotekun save him and his livelihood, saying they should not allow them to kidnap him again.