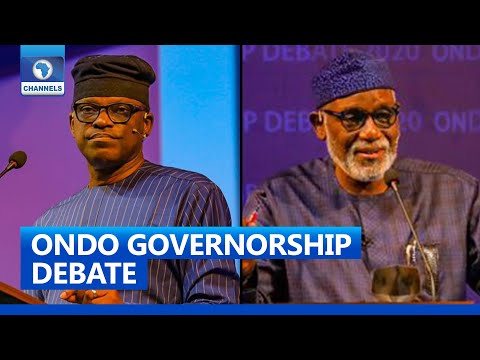 The Akeredolu Campaign Organisation has denied the story that it was behind the allegations by Eyitayo Jegede that some people were after his life.

The Eyitayo Jegede campaign organisation had said some people were being threatened by the petition of the PDP flag bearer because of his petition at the election petition tribunal to challenge the victory of Akeredolu in the election.

But the Akeredolu Campaign Organisation in a statement on Monday said Jegede was only seeking undue relevance by claiming that his life was being threatened because he filed a petition at the tribunal.

The statement, issued by the spokesperson of the Akeredolu Campaign Organisation, Richard Olatunde, was titled, ‘Akeredolu to Jegede: Face your petition, stop seeking attention.’

The statement, “It is clear that while the resounding victory of Governor Rotimi Akeredolu against Jegede’s expectation is no longer news, the PDP candidate perhaps still lives in an unfortunate illusion.

“Without prejudice to the tribunal, we make bold to say that the alarm raised by Jegede over what he termed ‘threat to life’ is an evasive strategy to further hoodwink his unsuspecting followers into believing in his legal voyage which has held them spellbound.

“If anything, Jegede should look within his party, the PDP and beam searchlight into its leadership crisis, particularly the internal wrangling which has led to the brickbats as seen in the media lately.

“Instead of seeking undue attention with unfounded claims and infantile alarms, Jegede should face his petition at the tribunal and allow the cause of law to determine its merit even as this alarm seems preemptive and defeatist in reasoning.”