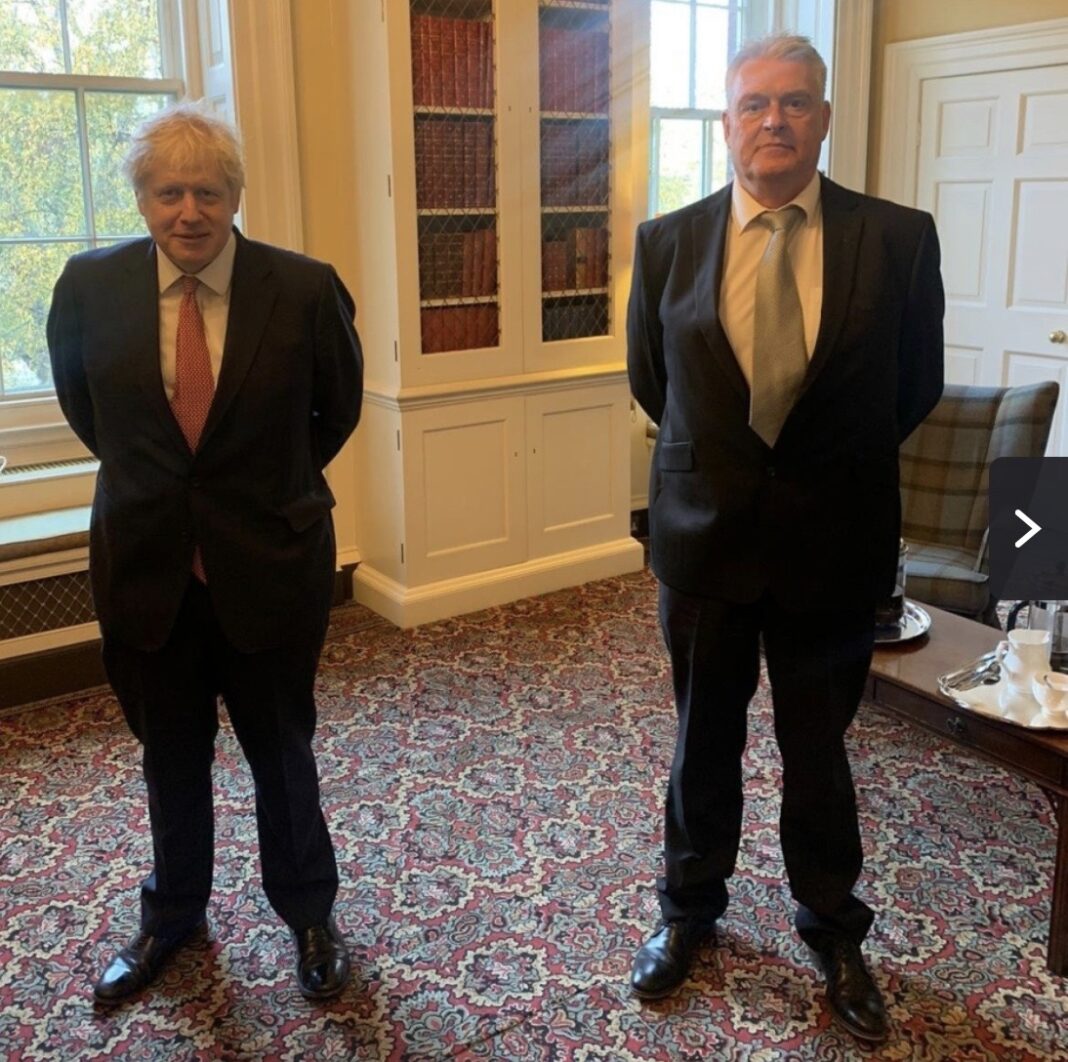 BORIS Johnson is self isolating after meeting with a Tory MP who later tested positive for coronavirus.

However, a spokesperson for the Prime Minister said he does not have any symptoms of the virus and will continue to work from Downing Street.

No10 said: “The Prime Minister has today been notified by NHS Test and Trace that he is required to self-isolate as a contact of someone who has tested positive for COVID-19.

“The Prime Minister will follow the rules and is self-isolating. He will carry on working from Downing Street, including on leading the Government’s response to the coronavirus pandemic.

“The PM is well and does not have any symptoms of COVID-19.”

The PM met with a small group of MPs in No10 on Thursday morning for around 35 minutes including Lee Anderson, the MP for Ashfield.

A photo taken at the event showed Mr Johnson and Mr Anderson socially distancing as they posed for the camera.

Anderson wrote alongside the photo: “Breakfast with the PM. This morning I met with the PM at Number 10.

“I was there with my wish list for Ashfield and Eastwood. Investment is coming, you have my word on that.”

No10 is a Covid-secure workplace and every step is taken to minimise the risk of infection, however it is not possible to eliminate the risk altogether.

The PM has acted on the advice of NHS Test and Trace that, owing to factors such as the length of the meeting, he should self-isolate.

He will follow the same rules that every other member of the public is asked to abide by.

The PM intends to continue speaking to the country during his self-isolation period, and we will set out further details in due course.

He will self-isolate for 14 days after the initial contact up until November 26, it’s reported.

No10 will also speak with the Parliamentary authorities to discuss what options are available for the PM to take part remotely in some Parliamentary.

The Prime Minister was hospitalised with coronavirus in April and revealed doctors prepared to announce his death as he was admitted to intensive care at St Thomas’ Hospital in London.

He was taken to hospital 10 days after testing positive for Covid-19 and spent three nights in intensive care.

Boris said in May: “It was a tough old moment, I won’t deny it. They had a strategy to deal with a ‘death of Stalin’-type scenario.

“I was not in particularly brilliant shape and I was aware there were contingency plans in place.

“The doctors had all sorts of arrangements for what to do if things went badly wrong.

“They gave me a face mask so I got litres and litres of oxygen and for a long time I had that and the little nose jobbie.”