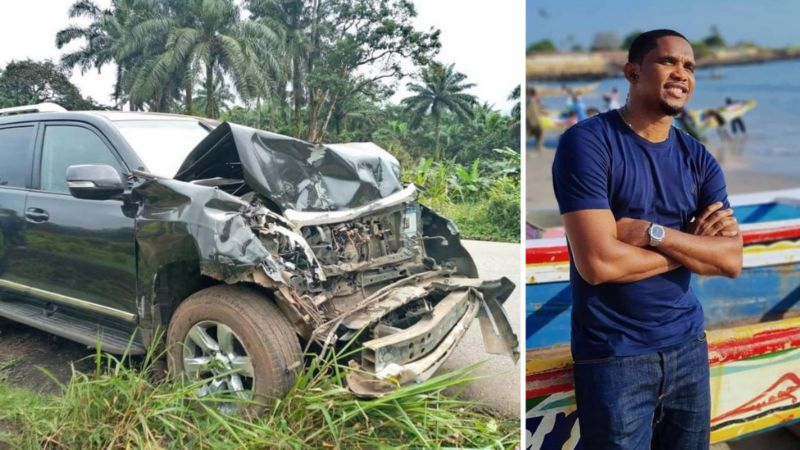 Former Barcelona striker Samuel Eto’o has reportedly been injured in a car accident in his native Cameroon, according to a report a BBC report

The 39-year old was travelling home from a family wedding celebration when his car is reported to have been struck by a public bus on the Nkongsamba-Douala Road.

Eto’s was not seriously injured in the collision, however, the vehicle he was in was visibly damaged by the incident.

He was subsequently transferred to a local hospital where his condition is improving and classed as non life-threatening as per Cameroonian journalist Martin Camus.

Eto’s was a vital player for Barcelona during his time in Catalonia between 2003 and 2009, with an incredible 130 goals in 199 games in all competitions.