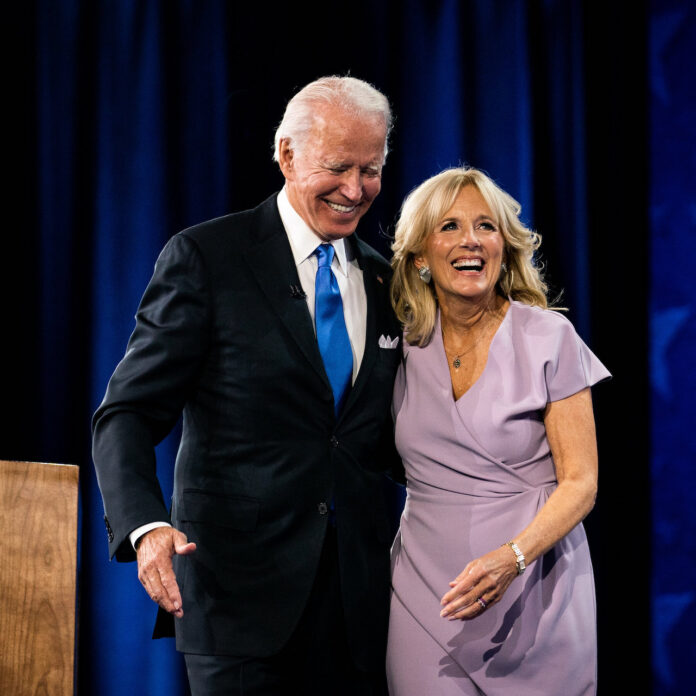 Below are reactions from world leaders:

“Your election is a significant reminder that democracy is the best form of government because it offers the people the opportunity to change their government by peaceful means.

He noted that “the main fascination of democracy is the freedom of choice and the supremacy of the will of the people.”

“I am thrilled by the fact that you are an experienced politician who had served as Congressman for 40 years and a Vice President for eight years. This is a remarkable track record that gives us hope that you will add value to the presidency and world affairs.”

“with your election, we look forward to greater cooperation between Nigeria and the United States, especially at economic, diplomatic and political levels, including the war against terrorism.”

“We urge you to deploy your vast experience in tackling the negative consequences of nationalist politics on world affairs which have created divisions, conflicts and uncertainties.”

“It is the victory of good over evil and it is not a victory for you and the people of America alone, but a victory for most people of the world, majority of whom watch helplessly as the world that had been steadily and painstakingly built since the end of the Second World War was being pulled down.

“Not that the world was perfect and equitable, but it was reasonably predictable with some measure of the rule of law and respect for international agreements and treaties.

“President-Elect Joe Biden must restore confidence in the role of America as the largest economy in the world which has very significant responsibility for the peace, security, stability and progress of the world.

“I felicitate with Vice President-Elect Kamala Harris as the first female Vice-President of the U.S. We in Africa are proud of her success.”

We congratulate President-Elect @JoeBiden and Vice President @KamalaHarris and the American people on your election. We look forward to working with you and deepening our bonds of friendship and cooperation.

“The voters have spoken, and they have chosen @JoeBiden and @KamalaHarris to be our next president and vice president.

“It’s a history-making ticket, a repudiation of Trump, and a new page for America.

“Thank you to everyone who helped make this happen. Onward, together,” she said.

“On behalf of the Government of Canada, I congratulate Joe Biden and Kamala Harris on their election as the next President and Vice President of the United States of America. Canada and the United States enjoy an extraordinary relationship – one that is unique on the world stage.”

“I look forward to working with President-elect Biden, Vice President-elect Harris, their administration, and the United States Congress as we tackle the world’s greatest challenges together.”

“I look forward to future cooperation with President Biden. Our transatlantic friendship is irreplaceable if we are to master the great challenges of our time.”

“Congratulations to Joe Biden on his election as President of the United States and to Kamala Harris on her historic achievement.

“The U.S. is our most important ally and I look forward to working closely together on our shared priorities, from climate change to trade and security.”

“The Americans have chosen their President. Congratulations @JoeBiden and @KamalaHarris! We have a lot to do to overcome today’s challenges. Let’s work together!”

“I offer warmest congratulations to Joe Biden on his election as the 46th President of the United States. Ireland takes pride in Joe Biden’s election, just as we are proud of all the generations of Irish women and Irish men and their ancestors whose toil and genius have enriched the diversity that powers America.”

“Congratulations to @JoeBiden @KamalaHarris! Ukraine is optimistic about the future of the strategic partnership with the United States. Ukraine and the United States have always collaborated on security, trade, investment, democracy, fight against corruption. Our friendship becomes only stronger!”

“On behalf of the Dutch cabinet I would like to congratulate @JoeBiden and @KamalaHarris with their election victory after a close race. I am looking forward to continue the strong bond between our countries, and hope to speak with him about these matters soon.”

“On behalf of the Norwegian government, I congratulate Joe Biden on his election victory. The United States is Norway’s most important ally and we work closely together in many areas.

“The world needs American leadership to solve major global challenges. We look forward to cooperating with the Biden administration at the United Nations Security Council, and in efforts to combat the coronavirus pandemic and climate change.”