Diego Maradona, 60, rushed to hospital with dehydration as doctors reveal illness is not due to coronavirus 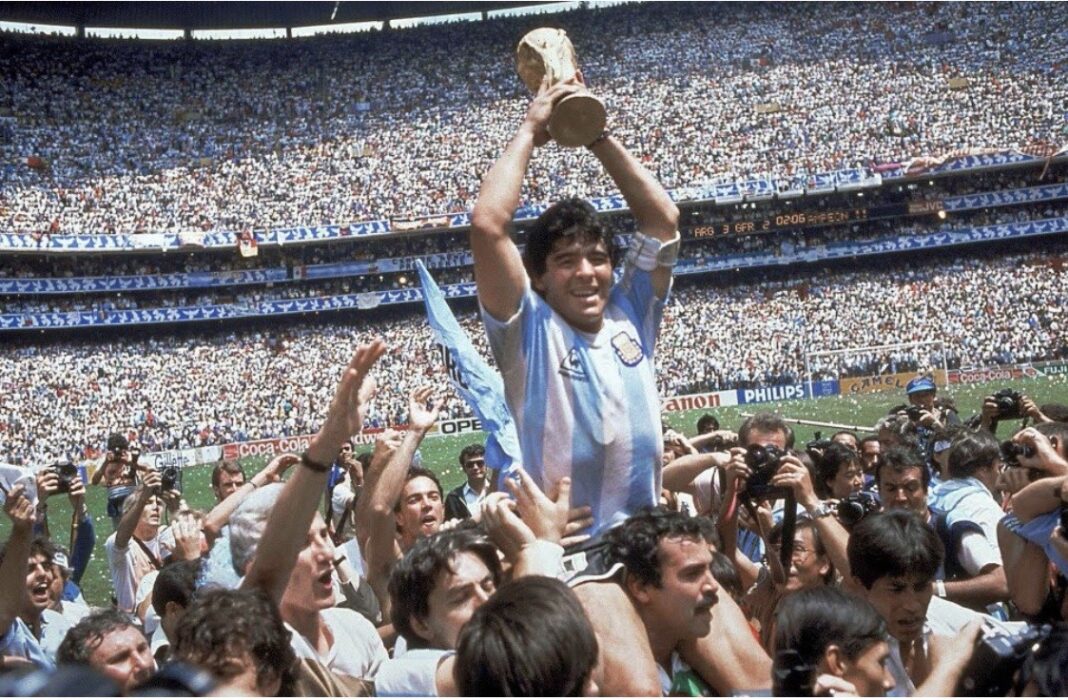 DIEGO MARADONA has been hospitalised just three days after turning 60.

The fallen soccer legend is in a private clinic in the Argentinian city of La Plata an hour’s drive south of the capital Buenos Aires.

The official line is that Maradona was admitted to Ipensa Hospital suffering from dehydration and his personal doctor Leopoldo Luque insisted the recovering drug addict’s latest health scare was not linked to relapse or coronavirus.

Hinting the former Napoli and Barcelona star was suffering from depression, he added: “It would be wrong to say he’s just suffering psychologically.

“His clinical situation cannot be separated from his frame of mind.

“His psychological situation affects everything, you begin to eat badly, the amount of protein your body needs goes down.

“Diego goes in cycles. Sometimes he’s okay and then he has periods when he’s not doing so well.

“I didn’t like the state he was in. Getting him into hospital helps him.”

“His birthday was a date that stirred up a lot of emotions. His heart is broken.”

Argentinian journalist Daniel Arcucci, a friend of Maradona, claimed he was suffering from anaemia which is a decrease in the amount of hemoglobin in the blood and hinders its ability to carry oxygen.

When anaemia comes on slowly, the symptoms are often vague and can include feeling tired, weakness and shortness of breath.

Maradona is understood to have agreed to be hospitalised after he appeared to have difficulties walking and talking as he was forced to abandon his team’s stadium shortly after kick-off in a cup match the day he turned 60.

His daughter Gianinna expressed her concern at Friday’s footage of Diego leaving early following a tribute to mark his birthday by telling a fan on social media: “It tears my soul apart.”

Dalma, his other daughter from his marriage to Claudia Villafane, warned in her own message after Maradona’s hospital admission: “The other thing that’s important is that he is okay.

“I hope for all those bloodsuckers that nothing happens to him.”

Last November the former footballer was forced to deny he was dying in an extraordinary video address to fans after Gianinna hinted he was being “killed from inside” with sedatives.

He also told his growing brood of children he will leave them nothing after his death because he will donate his fortune to charity.

In a video filmed from what appeared to be his home in Argentina Maradona, who has battled drink and drug addictions as well as weight problems, said: “I want to tell you that I’m not dying at all, that I sleep peacefully because I’m working.”

Responding to fears about his health Gianinna sparked a week earlier by appearing to ask fans to “pray for him” and claiming he was being sedated with pills like a “caged lion”, he added: “I don’t know what she meant to say or what she had interpreted.

“What I do know is that as you get older, people worry more about what you’re going to leave than what you’re doing.

Last June Maradona was forced to deny he had incurable Alzheimer’s disease.

He posted a video on his Instagram page insisting he was “not dying” from the irreversible brain disorder and branding the people behind the rumours: “Sons of they know who.”

Speaking out after Argentinian newspaper Cronica published a report pointing to him suffering “neurological problems” and the “start of Alzheimer’s”, raged: “They’re lying, they’re lying. They speak of Alzheimer’s and they don’t know what it means.

“The word Alzheimer’s is an awful word. People with Alzheimer’s die. I’m not dying. These sons of they know what throw it out there to create confusion. I don’t do confusion.”

His lawyer Matias Morla admitted at the time Maradona had stepped down as manager of Mexican side Dorados to focus on his health and undergo shoulder and knee surgery, but added: “In the light of reports Diego Maradona is suffering from the onset of Alzheimer’s I wish to state that none of the medical tests he has undergone show anything of the sort.”

Maradona subsequently underwent knee surgery at a private Buenos Aires clinic and boasted afterwards: “Today I walked again like I did when I was 15.”

The soccer great was also at the centre of concerns about his health in 2018 after having to be helped away from his VIP box and assisted by medical staff when Argentina narrowly avoided an early World Cup exit in Russia with a dramatic late goal against Nigeria.

Two Spanish-language recordings which went viral – recorded by the same man and released shortly after the match – claimed he had suffered a fatal heart attack.

One said an adrenaline injection to his heart had failed to save him and the Argentinian squad were yet to be told he had passed away in hospital.

A second 42-second recording, a WhatsApp message sent to a mystery man called Mati by someone passing himself off as an Argentinian sports journalist based in Russia, added: “They are only going to be announcing the news tomorrow. It’s a family decision.”

Maradona reacted by offering a four-figure reward to identify the person who tried to fool the world into believing he was dead.

He promised more than £8,000 through his lawyer to anyone who could help him unmask the man responsible for killing him off and forcing him to put out a statement confirming he was alive but had overdone it on the white wine.