THE CALIPHATE RETURNS: ISIS taking over swathes of Africa like it did in Syria and Iraq with ‘staggeringly brutal’ tactics, Pentagon warns 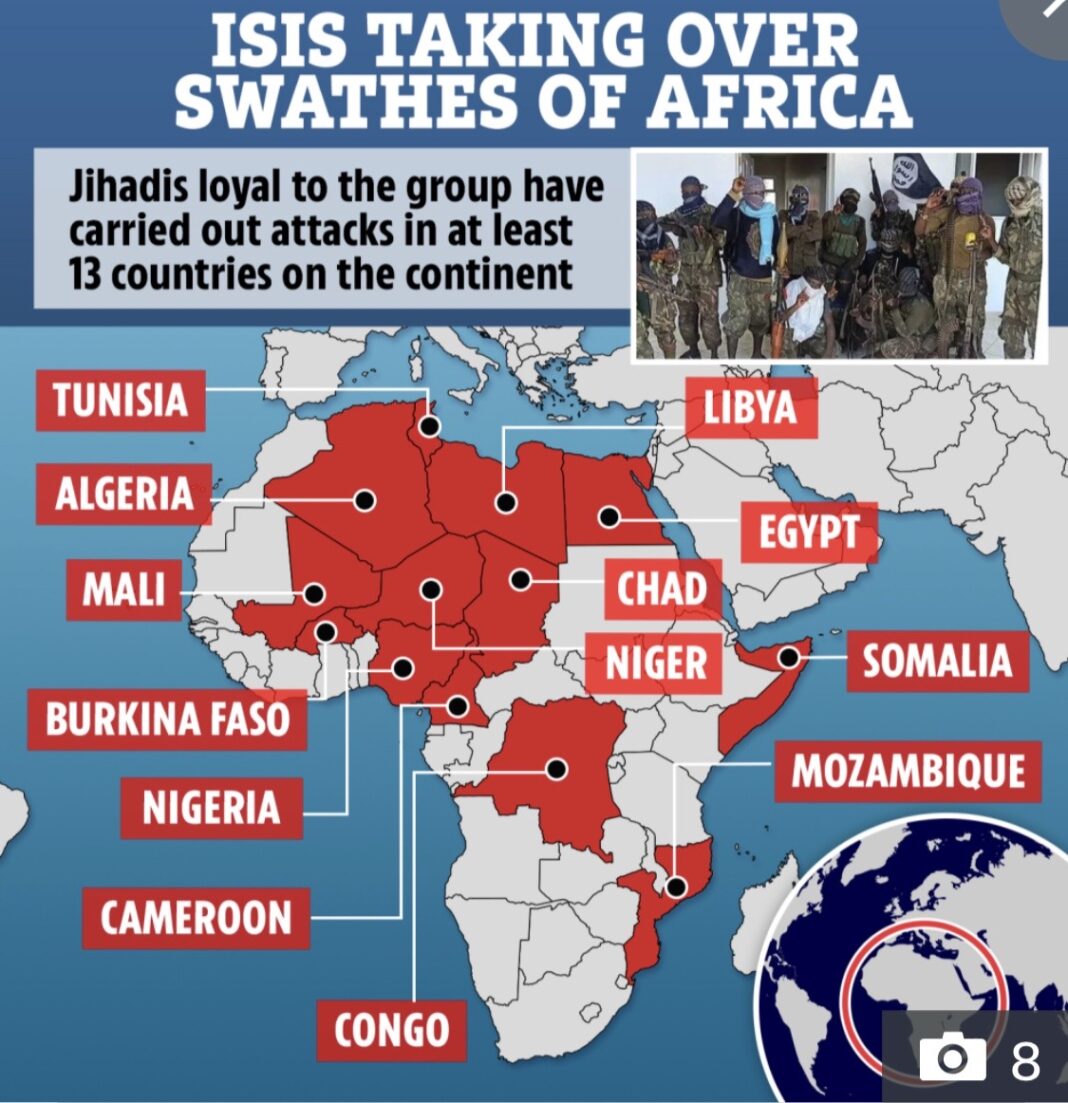 According to a report from West Point, the US officer training academy, the group’s expansion and regrouping on the continent shows “Islamic State is far from defeated”.

“By the summer of 2020, it had become resolutely clear that the Islamic State was a changed organisation, but by no means a beaten one,” the report, published by West Point’s Combating Terrorism Centre, said.

The Pentagon report said there has been a “marked upward curve of claimed cumulative attacks and casualties” across Africa, but the “largest and most sophisticated” presence is in West Africa and the Greater Sahara.

“Isis in west Africa is engaging in operations that are increasingly audacious, staggeringly brutal, and worryingly akin to what ISIL, as it was known at the time, was doing early 2014,” it said.

The report said ISWAP was the most active sub-group in Africa, with 186 attacks last year, mostly in the Lake Chad area and northern Nigeria.

More than 15 people were killed during at least 28 brutal attacks.

“Its supporters have been engaging in attacks that have exceeded the scale and complexity of those being deployed by their counterparts in Syria and Iraq for at least a year now,” the report said.

Operations in West Africa include a daylight attack on the convoy of the governor of Nigeria’s Borno state in July.

Two prisoners were shot dead and the building was locked down by the army.

In southern Africa, ISIS-linked Jihadis have also been beheading their prisoners and taking women as sex slaves in Mozambique’s forest.

Growing numbers of the terrorists have been wreaking havoc in the country, with experts warning it is slowly becoming overrun by the group.

They have killed more than 1,500 people in northern Mozambique in their reign of terror since 2017.

Counter-terrorism and organised crime expert David Otto told Daily Star Online: “State forces and suspected spies have been captured and beheaded by the jihadist group to send a warning message.

“Women have been the subject of targeted kidnapping. Sources say the jihadists keep the women as sex slaves.”

He added: “They can launch hit and run ambush tactics, escape to the high-sea to neighbouring states and have an ideal logistics route for smuggling of illegal goods, arms and ammunition.”

Luxury islands off the coast of Mozambique, where A-list celebrities spend their holidays, have also been overrun by insurgents linked to Islamic State.

Hotels, wildlife, and homes have been torched and “reduced to ashes” in the attacks.

The ISIS insurgents have ordered residents to abandon the islands of Vamizi and Mecungo – where celebrities like Daniel Craig, Bono and Prince Albert of Monaco have holidayed.

One resident of Mecungo island said the insurgents had arrived by boat at night and rounded everyone up.

The local told AFP: “They told us to run if we want to live. Everyone left the island.”

The Pentagon report urges military and counter-terrorism policymakers “recognise what is at stake in Africa”.

It warns: “It is paramount that strategic policymakers and military practitioners consider the threat posed by the Islamic State in Africa as a priority, not just a sideshow of the activities of its remnants in Iraq and Syria.

“The Islamic State is not just fighting a low-grade insurgency on the continent; in at least two countries, it has been able to seize and hold territory and subsequently engage in pseudo-state activities.”