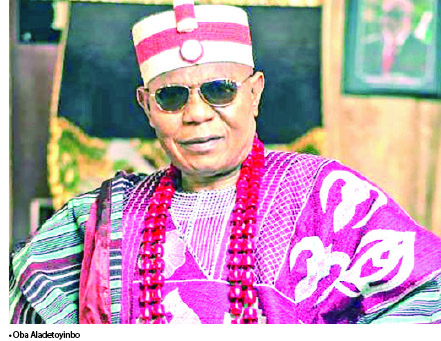 The monarch, in a statement signed by his chief press secretary, Adeyeye Michael, appealed for calm and restrain from any further protest which might lead to any form of reprisal attack by hoodlums who had hijacked the once peaceful protest in Akure, the capital city and other parts of the state.

The Deji of Akure said: “A restrain and suspension of protest will afford government and security agencies the opportunity to apprehend all the miscreants who took advantage of the situation to wreak havoc, destroying private and government buildings, property and looting of public and private establishments across the state.”

Oba Ogunlade commended the state governor, Arakunrin Oluwarotimi Akeredolu, for his proactive measures towards compensating those who lost their valuables to the crisis.

The monarch is also in support of the government’s effort to apprehend the criminals with a view to visit the full wrath of the law on them.

He said he appreciates the youths of Akure who came together notwithstanding their political differences to salvage the situation. The Oba also noted that it is an understatement to say that their fruitful efforts helped in restoring normalcy to the town.

He is equally happy with the cleaning activities carried out in all major roads and streets in the capital city by the youths. He appreciates the youth and all the chiefs for their remarkable efforts.

Oba Aladetoyinbo again appealed to the youths to be on the lookout and flush out all criminal elements in the society.

He urged the youths to always channel their genuine grievances to the appropriate quarters through democratic means.